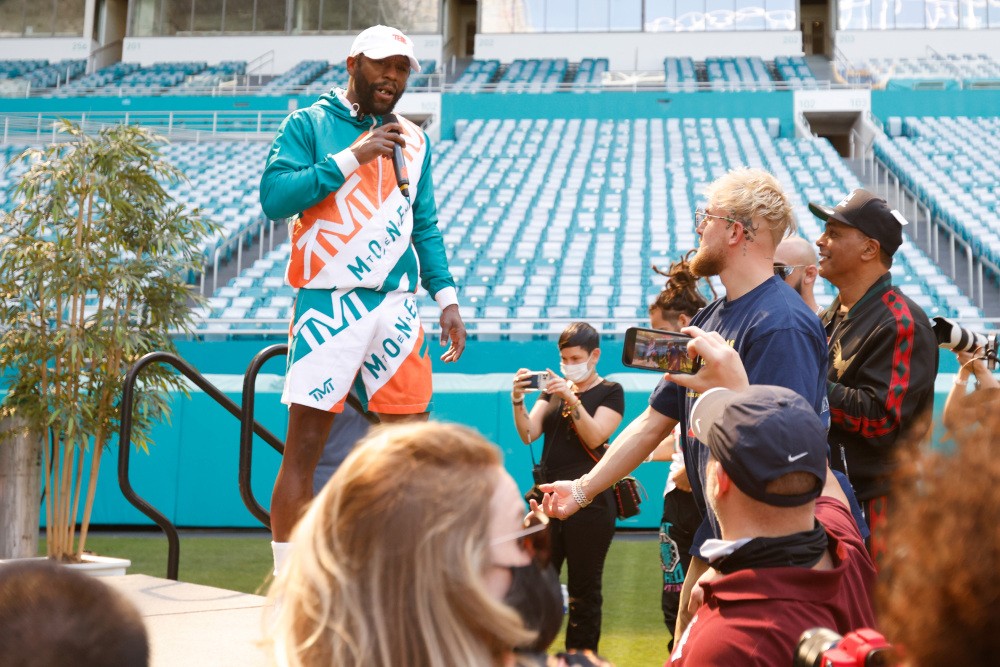 The brawl between Floyd Mayweather and Jake Paul has taken the world by storm. This brawl has certainly generated a lot of hype for Mayweather’s upcoming exhibition fight against Logan Paul.

Not only that it has also opened up a door for a potential fight between Jake Paul and Floyd Mayweather down the lane. But, this has raised some eyebrows online as many fans are calling this brawl staged to build up the fight between Logan and Floyd. And Logan Paul’s comments on the entire thing are certainly making the fans a bit suspicious.

Logan Paul gave his first reaction to the brawl at Hard Rock Stadium and said that Jake Paul wanted Mayweather’s cap for his cap collection. He would also go on to claim that the whole thing might have been a setup by Jake Paul. Logan stated:

“Jake wanted to add Floyd’s hat to his cap collection and Floyd wasn’t happy about it. It’s his favorite hat. I think it’s pretty f****g serious. I didn’t expect Floyd Mayweather to try to kill my brother with all his securities.”

After things calm down a little bit, Logan Paul told to media:

“I think that was a setup I am not gonna lie. he had his boys get me before I could even get involved. Jake took his hat. He told me he would do it. I told him not to.”

Jake Paul reveals why he stole the cap from Floyd Mayweather

On the other hand, Jake Paul revealed the reason why he took Mayweather’s cap during their confrontation and said:

“I stole his hat because he steals people’s money with boring fights.”

It’s very likely that the scuffle between Floyd Mayweather and Jake Paul was not staged. But even it was, it has done a tremendous job of promoting the upcoming fight.

Most of the boxing fans hate Jake Paul and believe he is disrespecting the athletes and the sport with his actions. Though Jake Paul does create controversy every now and then it would be safe to say that he is making some right business moves and creating big opportunities for himself.