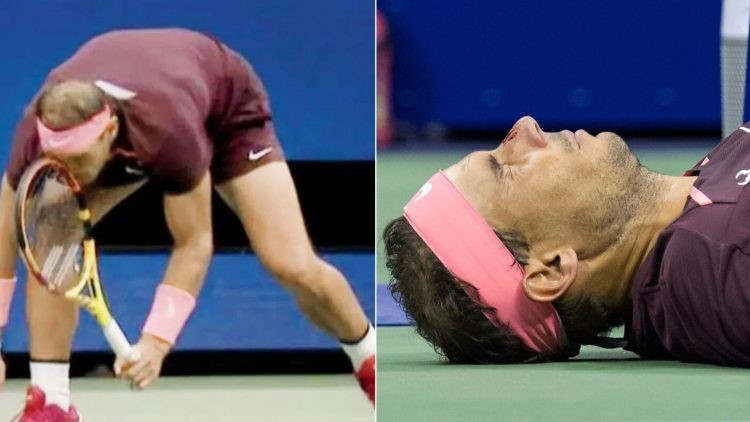 Rafael Nadal has not had an injury-free career. Instead, many of his fans believe that he would have been clear of Roger Federer and Novak Djokovic in grand slams if he had not been so frequently affected by injuries.

Taking all of this into consideration, it is not a surprise that Nadal has considered retirement at some point in his long and lucrative career.

After the retirement of Roger Federer, recently revealed that he had almost retired from professional tennis after he won his 14th French Open title a couple of months ago. Even though Rafa has had one of the best years in terms of racking up grand slam titles, in terms of injuries he has had a considerably bad year.

Nadal recently took part in the Laver Cup wherein he played alongside Roger Federer in a doubles match which was Federer’s last professional tennis match ever.

Rafa got emotional after the match and burst into tears after his dear friend and former rival, Roger Federer concluded his glorious career.

After the conclusion of the emotional evening in London, Nadal was asked about his future plans pertaining to retirement. He revealed that he would also be looking forward to retiring after a farewell match and a ceremony. However, he stated that he is not going to retire right now. He further stated,

“Obviously on the track and a bit this with this festive tone. I do not know. I’m not at that point yet. I was close this year, I’m not going to lie to you. During Roland Garros I thought that it could be my last tournament,”

Even though he won the tournament, he basically played through the final match with only one functioning foot since he had to artificially numb one of the feet due to a chronic foot injury. He also suffered from an abdominal tear during the US Open because of which he was forced to forfeit his semifinal match against Nick Kyrgios.