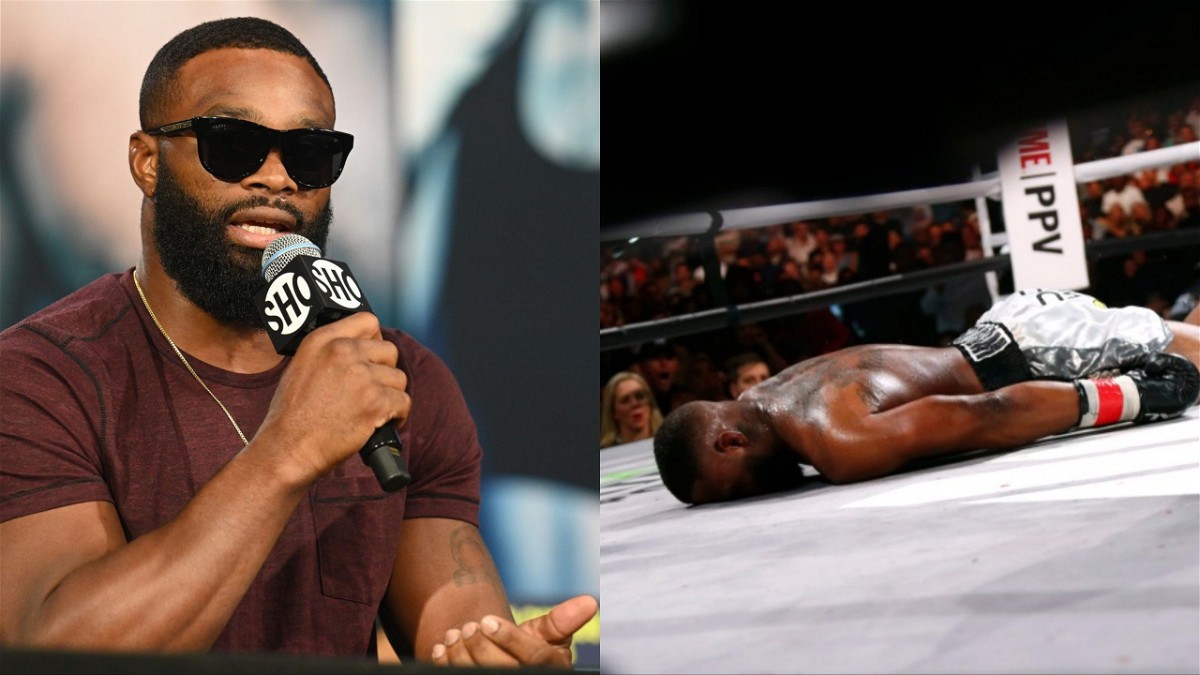 Tyron Woodley spoke out for the first time after his humiliating knockout loss to Jake Paul a month ago. He responded to the rumours of taking a dive in the fight.

December 18 of last year saw Jake Paul revisiting his rivalry with Tyron Woodley. After beating him in August of the same year, Paul was originally scheduled to fight the half-brother of Tyson Fury, Tommy Fury on December 18th. But Fury stepped out of the contest with injuries. Woodley stepped in at the last possible moment to save the event. But it ended horribly for him.

This ringside angle of Jake Paul knocking out Tyron Woodley is wild! ???? #PaulWoodleypic.twitter.com/XVvQDgFBC2

During the 8 round boxing match, Jake Paul brutally knocked out the former UFC Welterweight champion in the 6th round of the fight. However, the method of the knockout brought a lot of scrutiny towards the authenticity of the bout. The 39-year old seemingly dropped his hands which invited a big right hook. It knocked Tyron Woodley out cold.

Tyron Woodley: I took a dive, but it wasn’t on purpose…#TheMMAHour pic.twitter.com/oohW7DW2la

In the most recent episode of the ‘MMA HOUR‘ by Ariel Helwani, Tyron Woodley spoke on the matter. He dismissed the rumours by saying, “I took a motherf***ing dive. It wasn’t on purpose. That motherf***er hit me with some shit!”

Where will Tyron Woodley compete next?

After suffering a massive loss like the last one, ‘The Chosen One‘ does not have many options left. If he had won the fight, a trilogy bout between him and Paul would have been a big success. However, the 24-year offered him a slot in his next fight card.

Although boxing remains an option for the former 170 lbs champion, he also had a back and forth with former fellow UFC fighter Dan Hardy. The two feuded for a brief period of time. However, it has gone quiet since late last year. Woodley can also opt for Triller Triad Combat as the promotion is primarily for retired combat athletes.