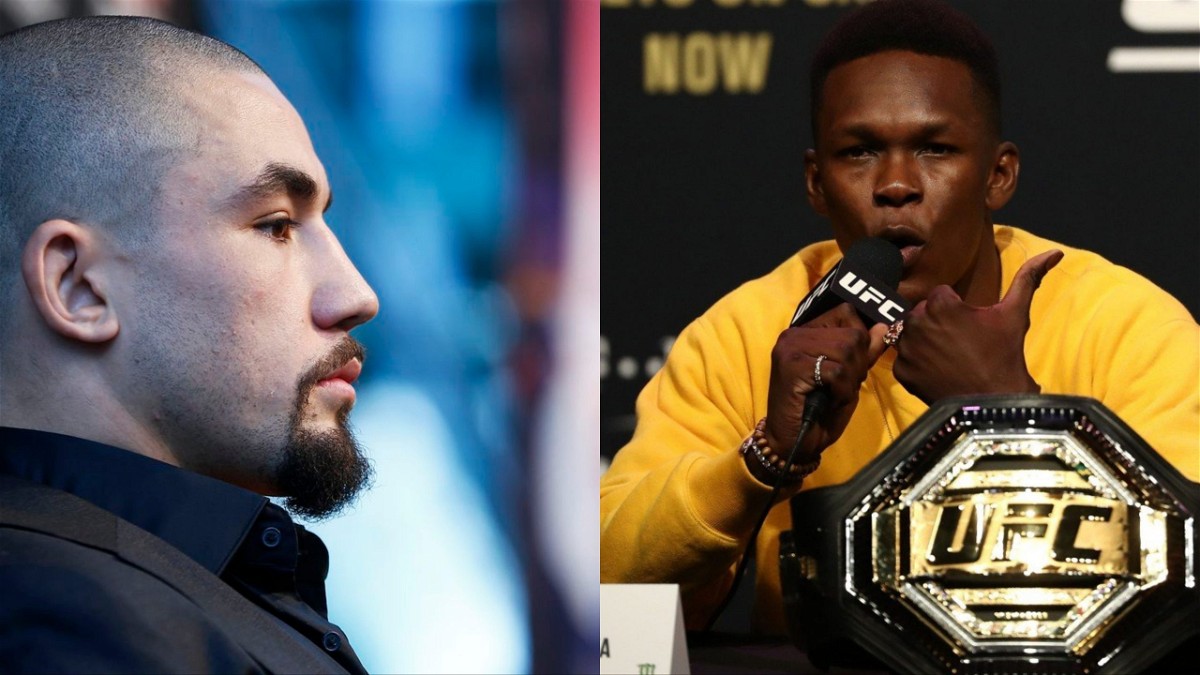 Former UFC middleweight champion of the world, Robert Whittaker will have his chance to regain the championship when he steps inside the Octagon on February 12 against the reigning champ Israel Adesanya. The fight will take place at Toyota Centre in Texas. Ahead of the fight, the challenger spoke on the last time the two fought.

Israel Adesanya challenged then-champion Whittaker on UFC 243. Leading up to that fight, the undefeated Kiwi fighter repeatedly bombarded the champion with verbal jabs. At the time Bobby Knuckles seemed as if he was not affected by the mind game. However, Robert Whittaker admitted that he was under a lot of pressure ahead of the first fight.

After the loss at home soil, the former champion won 3 back to back fights against high ranked elite fighters. Whittaker bounced back against Darren Till and he has extended the win streak by beating both Jared Cannonier and Kelvin Gastelum on his way to earning another title fight.

In a recent interview with Farah Hannoun of MMA Junkie, the 31-year old spoke on what he did wrong in the first fight and how Adesanya’s mental warfare got the best of his composure. Robert talked about what issues he faced before the UFC 243 main event in 2019.

He added, “There was a whole host of different things that got to my own head. There was a lot of things on my end. It’s the way I handled it and I took them that made it worse. I think, he (Israel Adesanya) even mentioned it that my ego was something that got in (my head). As much as I don’t want to acknowledge my for insight, my ego probably was a big thing. It was a big part of why my headspace wasn’t where it should have been for that fight.”

“Why was I letting the debate between Australia and New Zealand me? Why was I letting all these little things get to me? It showed. The results showed in the way that I was behaving. The way I put the fight together, the way that I was fighting in the moment, I have acknowledged all of that. You can see, I have come to terms with all of that. I’m a different fighter now than I was then,” added Whittaker.

The upcoming middleweight title bout will be of utmost significance to the division. If Robert Whittaker wins the fight, then a trilogy fight is all but guaranteed between the two. However, if Israel Adesanya wins the fight then he might decide to leave the division to make a run for the light heavyweight belt once again. As there will be no more mountains for him to climb at 185 lbs anymore.