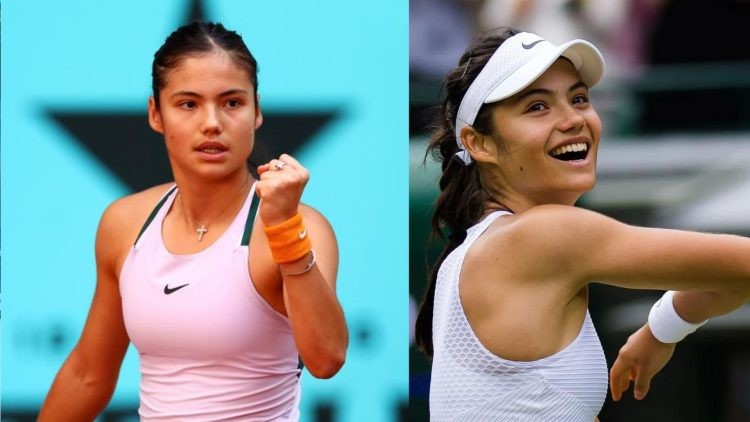 Ever since Emma Raducanu won the US Open Grand Slam title, she has been considered one of the greatest young talents in the tennis fraternity. However, her recent injury issues and dip in form have severely affected her natural game.

However, the fans need to consider the fact that Emma is extremely hardworking and her early days when she was being moulded into a professional tennis player have been crucial for her.

Emma started playing tennis very early at the age of five, and she feels that her younger days have been her biggest confidence booster.

In an interactive session with the students from Wolverly Secondary School, she stated that,

“I used to be really shy as a young girl and playing tennis and beating the boys and coming back when I was losing, that just brought me a lot of confidence,”

“Yeah, I can say that I’m definitely more comfortable and outgoing now than I was when I was younger, and I think tennis has brought me that,”

Emma Raducanu has experienced a lot of highs and lows in her career already at such a young age, however, she is just getting started with regard to her career.

The COVID-19 pandemic and the subsequent lockdowns it brought changed the entire scenario of the world and there was not a single person including Emma who wasn’t affected by it in one way or another.

When the world was brought to a standstill, Raducanu had severe doubts pertaining to her career in tennis, and this was before her actual professional tennis journey had started. However, she claimed that at her lowest point she took the advice of the people who are close to her and she overcame the doubts she had.

She felt stronger in the end as a person and decided to go ahead and pursue her career in tennis.

Things surely went well for her as she went to win the US Open in 2021 which can be considered one of the greatest ever campaigns in the history of the US Open. After her early exit from Wimbledon, she is looking forward to making an impact in the upcoming US Open season.