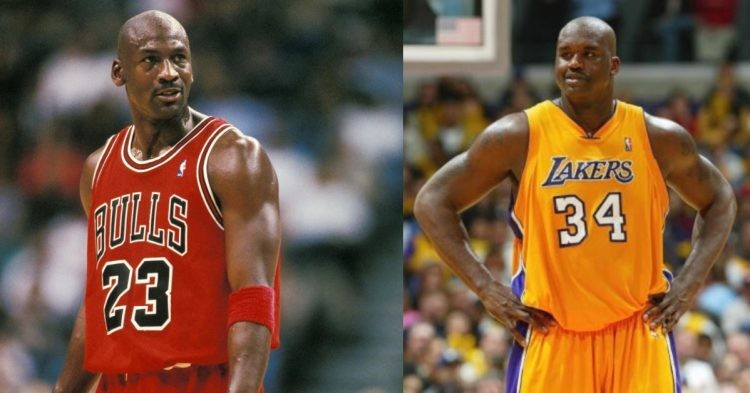 Shaquille O’Neal is a legendary NBA center most known for his time with the Los Angeles Lakers. He is a 4x NBA champion and one of the most dominant forces the league has ever seen. Shaq is one of the few players who were able to play against or alongside both Michael Jordan and LeBron James. Since we know he has been in the league for a while now, we must wonder who Shaq enjoyed going up against the most.

It is important to remember that the majority of players Shaquille O’Neal played with are NBA greats from several decades ago. We know he didn’t really get to play against modern-day players like Giannis Antetokounmpo, Stephen Curry, and Kyrie Irving. Thus, we can already tell that the players he chose are from a previous era in the NBA.

Perhaps, only veteran and knowledgeable NBA fans will remember the players Shaq reveals to have enjoyed playing against the most.

Modern-day basketball is widely becoming positionless. The standard point guard, shooting guard, small forward, power forward and center positions are not really emphasized on. On the contrary, hybrid players who can guard and play different positions are preferred.

In Shaq’s time, NBA positions were emphasized on to a greater extent. Thus, he did not get to guard or go against many players who were not NBA centers. As a result, his list is largely filled with players that he personally matched up against. With the exception of Michael Jordan.

” Michael Jordan, Patrick Ewing, Olajuwon, Alonzo Mourning, all the greats… I’m trying to get all these guys because I want their spot, I want what they have.”

We have to love the “go for the head” mentality that Shaq possesses. Hakeem Olajuwon, Patrick Ewing, and Alonzo Mourning were all excellent dominant NBA bigs of their era. Moreover, Olajuwon actually eliminated a young O’Neal and the Orlando Magic in the 1995 NBA Finals.

As Shaq entered his prime, we find it difficult to consider him any lower than the others on the list in terms of accomplishments. The only player that we widely acknowledge to be better than Shaq on that list is MJ.

One must wonder how high NBA ratings would have gone if we had a prime Shaq and MJ in today’s league.