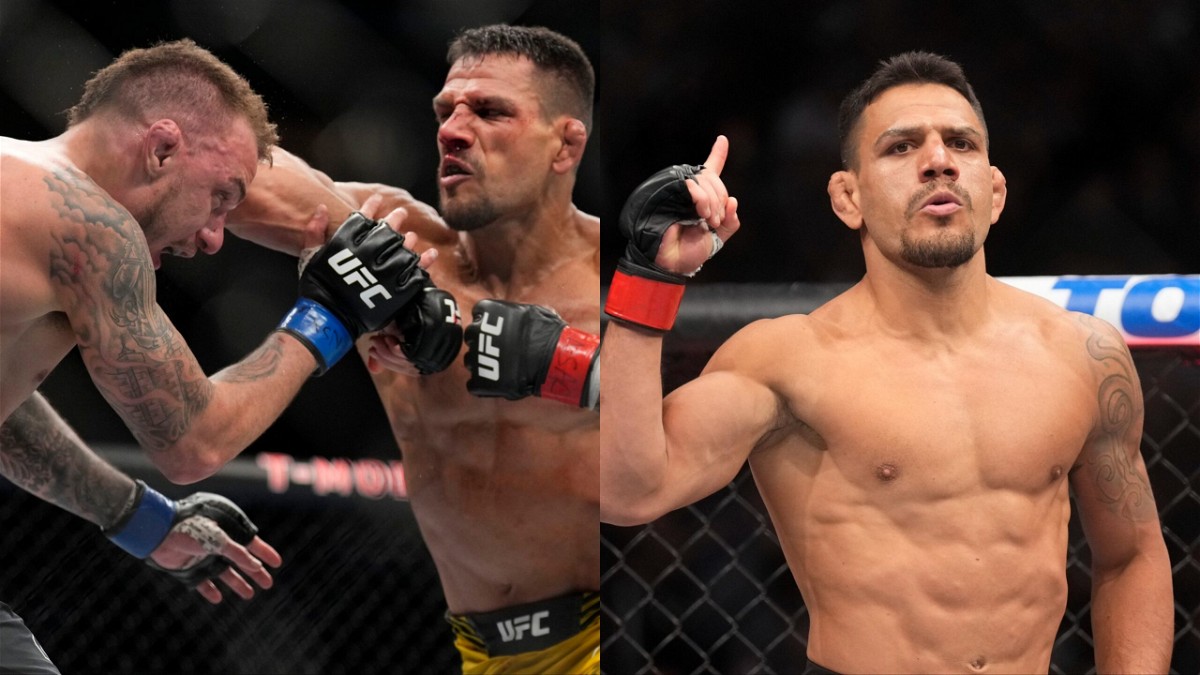 UFC just wrapped up the much anticipated Pay-per-view event, UFC 272 on March 6, 2022. The event took place inside the T-Mobile Arena in Las Vegas. The fight card was stacked with exciting match-ups and one of them was the co-main event bout between Rafael dos Anjos and Renato Moicano.

The fight was very one-sided and the former lightweight champion made it even worse for his opponent. Since the beginning of the bout, dos Anjos kept on getting successful takedowns on Moicano. After taking his opponent down, dos Anjos kept him there with full control.

The Brazilian made the most of the ground and pound and absolutely trashed Moicano on the ground. On the other hand, Moicano had no answers to dos Anjos’s assault took a lot of beating throughout the fight. Moicano’s face was bloodied and it was a horrific sight for fans

After the co-main event of UFC 272, Rafael dos Anjos appeared in the post-fight press conference of UFC 272 to answer some of the questions from the media. During the conversation, RDA revealed that he was expecting the doctor to stop the fight. He tried his best to get the knockout but Moicano was extremely durable. “I wanted the doctor to stop. Really got to do what I got to do. I was trying to finish the fight. But, the guy was tough as nail,” said dos Anjos.

After the end of the fourth round, the break went more than usual as Moicano’s corner discovered a huge cut on his left eye. The ringside doctor stepped in to take a look at the injury.

While everybody was hoping for a stoppage, after a conversation with the doctor, the referee decided to continue the fight. The referee gave Moicano thirty seconds to turn the tables or he would be forced to stop the fight.

With the start of the fifth and the final round, Moicano gave everything he had and went all out. During that exchange, dos Anjos wasn’t that interested to keep on fighting and wanted it to end.

It was clearly visible that dos Anjos was restraining himself from hitting Moicano because it might have resulted in permanent serious injuries. This act of respect by dos Anjos was well appreciated by fight fans all around the world.