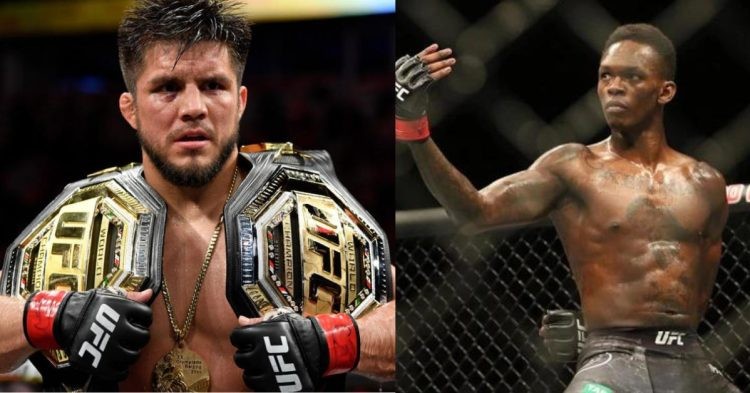 Henry Cejudo AKA Triple C seems to have changed his opinion about the mega fight between Israel Adesanya and Alex Periera at UFC 281. In an earlier analysis, Cejudo looked convinced that Periera will knock out Adesanya.

In a recent video posted on his YouTube channel. Cejudo said, “Looking at this fight, I think my perspectives have changed from actually watching it and I do believe Israel has more of a chance now, but if you really analyze and pinpoint that fight – who is it that’s going to be the aggressor in that fight is the person that’s more likely going to win. When Israel was bringing the fight, he had more success.”

Worth mentioning that Adesanya and Periera have already fought twice in a Kickboxing contest with Periera emerging victorious in both of those fights. And in some fashion in the second fight by Knocking Adesanya out in the third round. That to date is the only time he has been knocked out in his entire fighting career. Cejudo though isn’t completely backing the current middleweight champ, former bantamweight and flyweight champion Cejudo says that the fighter that’s going to be the aggressor in that fight would be the person that’s more likely to win. Adesanya on the other hand has been criticized for lackluster performance. In his five title defenses.

What’s at Stake for Israel Adesanya at UFC 281

Adesanya lately has been heavily criticized for his lackluster performances. In his five title defenses, Adesanya has only secured one KO victory and that possibly was his best performance inside the octagon Knocking out Paulo Costa in under two rounds. His last three title defenses haven’t impressed the fans. It’s for sure that Adesanya needs to ramp up his aggression in order to find success against Pereira and if he does that, according to Cejudo his chances of winning will go up drastically.

Surprisingly it seems like Adesanya will be coming out as an underdog in his sixth title defense against Periera. Without a doubt, this is the biggest test Adesanya will face inside the Octagon and if against all odds he is able to defeat his biggest rival Alex Periera, he will get extremely close to cementing his place as the Greatest Middleweight Champion of all time.