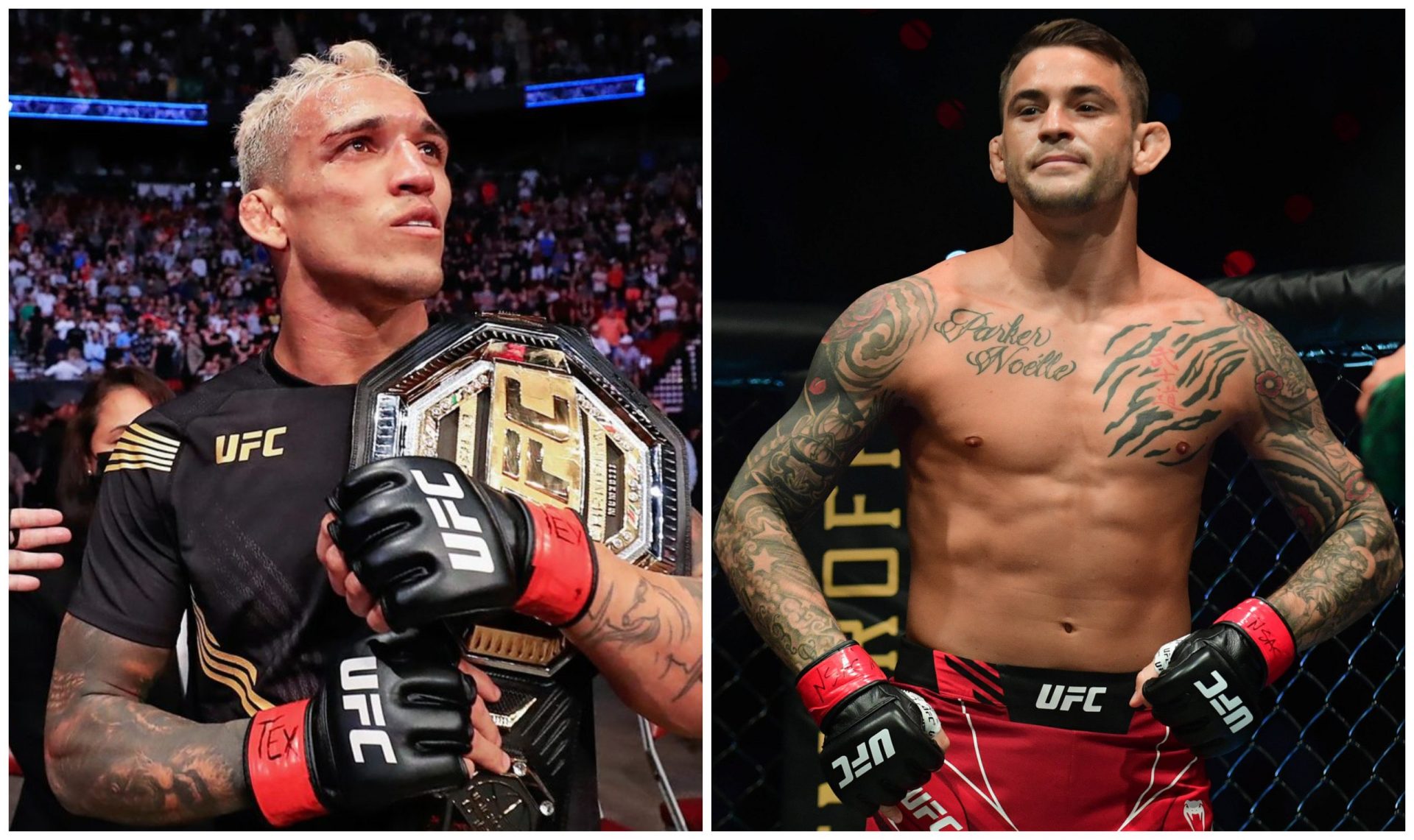 Ever since Justin Gaethje opined that Dustin Poirier could well be done with his fighting career if he gets past Charles Oliveira this weekend at UFC 269, rumors have been rife about whether or not the former interim champion is leaning towards retirement. At 32 years of age, Dustin Poirier has achieved almost everything that there is to achieve inside the cage, and should he emerge victorious this weekend against Charles Oliveira, it will add another feather to his cap.

However, the Diamond has now come out, rubbishing all the rumors surrounding his retirement. Furthermore, he teased a move to the 170-pound division and affirmed that he is not retiring anytime soon.

“I will probably defend the belt. I do believe one day, I am gonna fight at 170 pounds in the UFC. I am not sure if I am gonna make a title run, a career run. I am 32, I will be 33 next month. I still feel good, I am injury-free. I feel healthy, so I can continue to do this as long my body allows me, and I feel good. But the goal is just to put that world champion next to my name, and cement that in history. That’s all I am really focused on.”

There’s no denying that if Dustin Poirier was to retire today, he will go down as arguably one of the greatest mixed martial artists in the world. With wins over the likes of several former champions including Conor McGregor, Eddie Alvarez, Anthony Pettis, Max Holloway, Justin Gaethje, among others, Dustin Poirier has cemented his position as an all-time great.

This weekend inside T-Mobile Arena in Las Vegas, Dustin Poirier will square off against Charles Oliveira in an attempt to become the undisputed lightweight champion of the world. Oliveira will step inside the cage for his first title defense.

When @DustinPoirier became the first man to KO Conor! 👊

It’s an exciting match-up, one that will come down to who is able to dictate the fight. While Oliveira’s ground game gives him a slight edge, Poirier striking puts him on the driver’s seat too. Be that as it may, one cannot just deny their overall skill set and what each of them brings inside the Octagon besides their strong points.