UFC veteran, Paul Felder announced retirement at UFC Vegas 27 while he was at his desk job as a commentator. Though the decision did not come as a surprise for the fans it was certainly expected that Paul Felder would atleast fight a few more times before hanging up the gloves.

Paul Felder last fought Rafael Dos Anjos on short notice. Though he put on a good fight RDA secured a dominant victory over Felder at UFC Fight Night 182. Before that fight, Felder also suffered a split decision loss to Dan Hooker at UFC Fight Night 168. Now Paul Felder is in a much better fight shape physically and mentally when compared to some other UFC veterans such as Donald Cerrone, Diego Sanchez, and even Jacare Souza. However, Felder said that he does not want to get punched in the face anymore and instead pursue a life outside the octagon.

It is to be noted that Paul Felder is the only top lightweight in UFC at the moment who has a victory over the current champion, Charles Oliveira. That’s why the fans even started speculating a rematch between the two after Oliveira was crowned the new champion at UFC 262. However, Paul Felder does not believe he will be able to earn a title shot at this stage of his career. Felder stated:

“If you are the last guy to knock out the current champion because it’s not the same guy. He is a beast now. I am not saying I could not potentially beat him. I still think to this guy that there is not a guy on the roaster on any given day I could not beat. But I don’t think I am gonna get the fights, and string together the wins that are gonna get me the momentum.”

Paul Felder took a friendly dig at the UFC lightweight champion and said that he will never avenge his loss now that he is retired from the sport. Felder stated:

I will just hold on to that knockout of Charles Oliveira and get the hell out of here. I knocked your a** out. But, now you are the champion and you look great doing it. 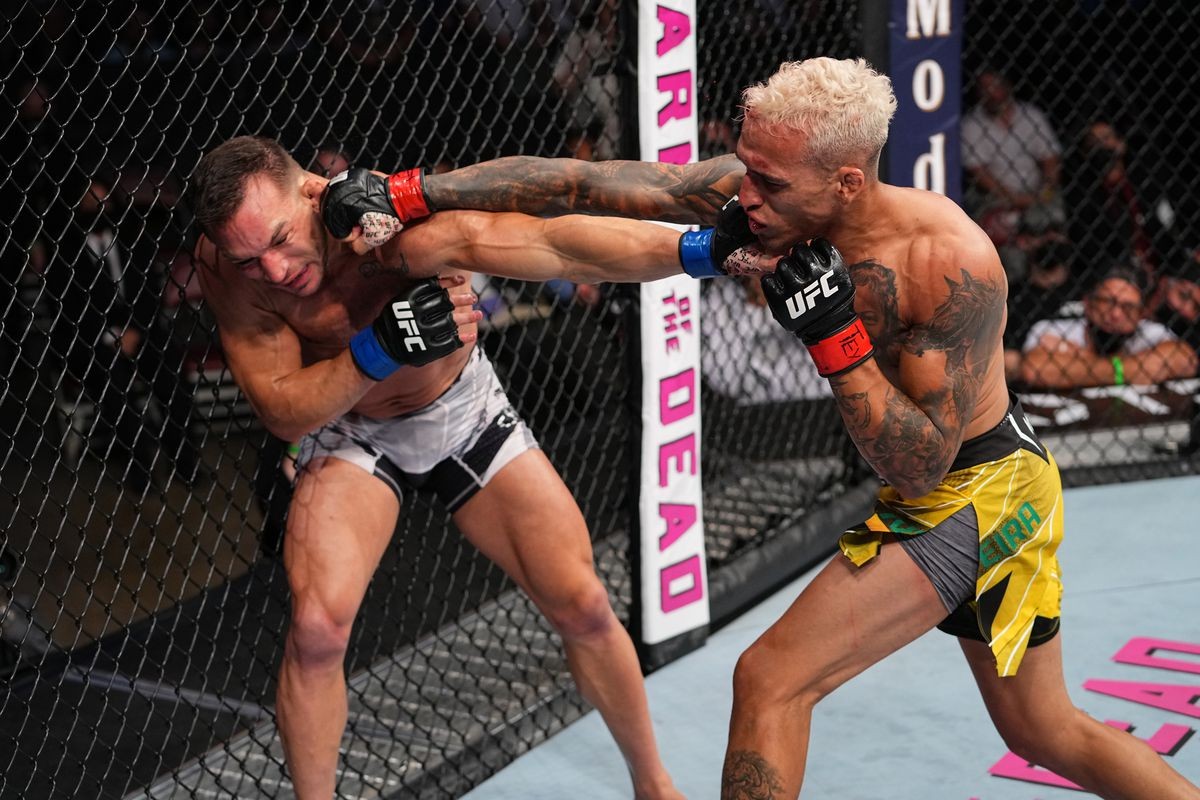 Though Paul Felder was unable to win the UFC lightweight title he did manage to put on some of the most entertaining fights. His recent fight against Dan Hooker is undoubtedly one of the best fights in lightweight history. Fortunately, fans would still be able to enjoy the excellence Felder brings to the commentary table.

UFC Vegas 27 Fight Purse: How Much Rob Font Earned For His Dominant Win Over Cody Garbrandt?