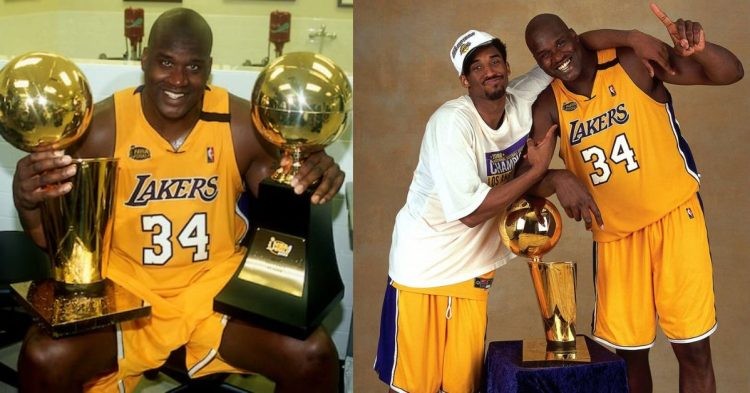 Shaquille O’Neal is one of the best players in NBA history. Throughout his illustrious career, he was always dominant and always made sure he was the best on the court. He announced himself to the world with the Orlando Magic. But Shaq truly made his name known when he started playing for the Los Angeles Lakers.

At the LA-based franchise, Shaq met another player who he will never forget for the rest of his life. It was none other than the late NBA legend Kobe Bryant. It was the Black Mamba who Shaq formed one of the best duos in the history of the game with. During their time, there were many reports of a possible rift between the two players. Recently, Shaq opened up on his time at the franchise.

“I always get asked this question, ‘If you would have to do it all over again, what would you do different?’ Nothing! I keep it the same, nothing. I wouldn’t change nothing, ever! It was beautiful. This story is gonna be talked about. I ain’t played in 15, 20 years and we’re still talking about it,” O’Neal added.

As the 50-year-old said, people still talk about the legendary duo of Shaq and Kobe to this day. The main reason for that is because of what they achieved. They won three NBA titles together, (2000, 2001 & 2002). If the claims were true of their rift, they would not have won a three-peat together.

According to Shaq himself, the real story of their relationship was more like the pair motivated each other to perform at a high standard. And to achieve that, they were willing to provoke one another in order to reap the benefits on the court. But whatever they did, both the players had the utmost respect for each other, both on and off the court.
Tags: Kobe BryantShaquille O'Neal
Previous Post