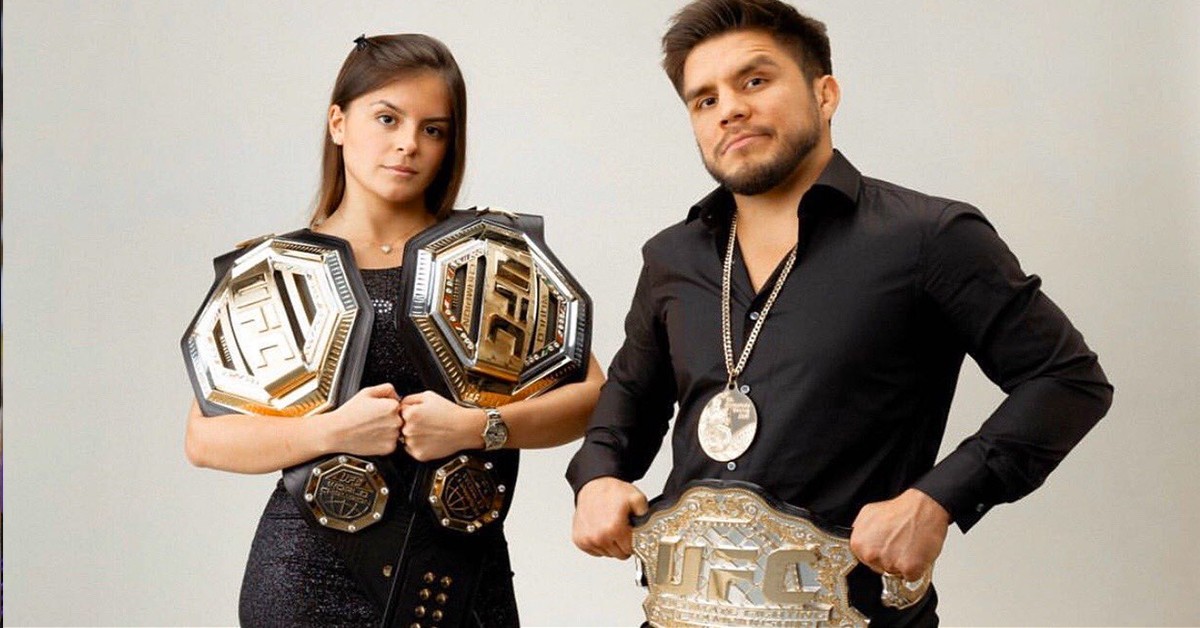 Seems like Henry Cejudo’s potential match-up against Alexander Volkanovski has found stakes that are bigger than one would have thought. While it was evident that if these two fighters fight inside the octagon, it would be for the featherweight championship. However, Henry Cejudo has put stakes on the fight. It involves his Olympic gold, his flyweight and bantamweight titles, and as Sean O’Malley called it, his “first girlfriend ever.”

Henry Cejudo announced his retirement from the sport soon after picking up a TKO victory against former bantamweight champion Dominick Cruz. In the process, Cejudo became only the second fighter after Daniel Cormier to defend championship belt across two divisions. Cejudo also became the first fighter to finish Dominick Cruz inside the octagon. He announced his retirement in the post-fight interview and later vacated the bantamweight title to confirm the news. However, amidst all this, Cejudo maintained that he wants to create history. The Triple C as so fondly called, claimed that he wants to fight Alexander Volkanovski for the featherweight title, and become the first fighter to hold title belts across three divisions.

Henry Cejudo has always said that if there is one fighter who can bring him back out of retirement, it’s Alexander Volkanovski for the featherweight title.

Recently, Alexander Volkanovski appeared alongside MMA journalist Ariel Helwani where he talked about his first title defense against Max Holloway. He also added on Cejudo’s call-out and said that ever since Cejudo called him out, he has regarded him as a featherweight.

If I ever comeback to MMA it’s going to be after your head your overgrown midget. I’d bet my Olympic Gold medal, my two belts and “my first girlfriend ever”, that you wouldn’t make it pass two rounds with Triple C! #bendtheknee @alexvolkanovski pic.twitter.com/k3uJzRYNIb

Alexander Volkanovski will take on Max Holloway at UFC 251. He claimed that he will finish Holloway to settle the debate for the best featherweight in the division. Speaking about the match-up with Henry Cejudo, Volkanovski said,

“As soon as Henry Cejudo said he retired and gave up his belts, and then saying he would come out of retirement to fight at featherweight; I looked at him now as a featherweight contender.”

Former dual champion Henry Cejudo was quick to reply, and claimed that he will finish Alexander Volkanovski under two rounds. Cejudo said that if he ever makes a comeback to MMA, it will be to fight Volkanovski. He didn’t stop there. He bet his Olympic gold medal, flyweight and bantamweight titles, claiming Volkanvoski won’t pass two rounds against him. Cejudo also took a slight dig at Sean O’Malley by mentioning his “first ever girlfriend.” Earlier, Sean O’Malley had mentioned Cejudo’s “First ever girlfriend” as the reason for his retirement.