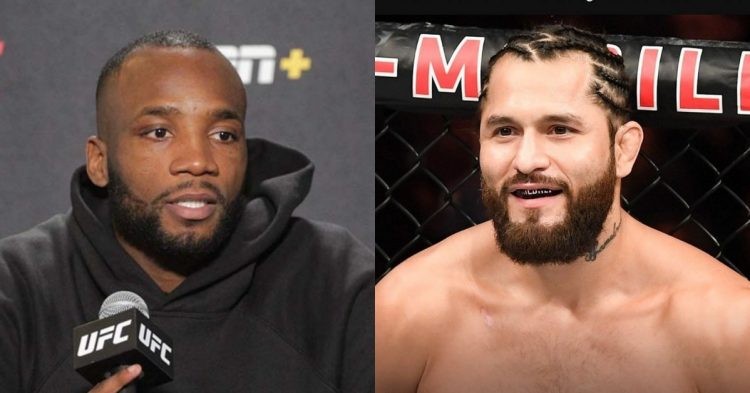 Leon Edwards will finally get his much-coveted title shot this weekend at UFC 278. He will face the welterweight champion Kamaru Usman in the main event of the upcoming PPV. However, one fight that Edwards desperately wanted, but did not get, was the bout against Jorge Masvidal.

In 2019, Jorge Masvidal headlined a UFC Fight Night event in London against Darren Till. Till scored an early knockdown in the fight. However, Masvidal came back and knocked out Darren in the second round of the fight. Although the win definitely played its part in making him the star he currently is, the aftermath was perhaps the biggest reason behind his meteoric rise.

During an interview, Jorge was interrupted by Leon, who fought Gunnar Nelson on the card. Leon apparently expressed the intention to fight him next and Jorge did not take it kindly. He took Edwards’ words as a sign of aggression and proceeded to punch him in the face. He later labelled it as ‘three-piece with a soda.’

The fans thought the UFC would do everything in its power to make the fight between Jorge and Leon next. However, it never happened and they went their own separate ways. Ahead of his next fight against Usman, Leon looks back at the incident and speculates on why UFC did not make the fight between him and Masvidal.

“I think It was protecting him you know. I think there’s giving him the right match-up to favour him to try to build a star… They know if they gave me to Masvidal, at the time, I’d have killed the hype.”

Will Leon Edwards and Jorge Masvidal cross paths in the UFC?

Leon Edwards almost got his wish to fight Jorge Masvidal last year. The British MMA fighter was all set to fight the ‘Street Jesus’ at UFC 269. However, the grudge match did not take place as Masvidal pulled out of the contest due to a rib injury. While Edwards is set to fight Kamaru next, Jorge Masvidal fought Colby Covington at UFC 272.

Rocky and Gamebred are heading in two opposite directions in their career. While Jorge is on a 3-fight losing streak, Edwards is currently on a 10-fight unbeaten streak. So a fight between them does not look like it is probable any time soon. However, a loss at UFC 278 will leave Edwards without any viable opponents to face.

In that circumstance, it will not be surprising to see the UFC putting them up against each other. They already have a history together and the promotion will definitely promote the fight as a must-see event. On top of that, the contest will be a great one as well.