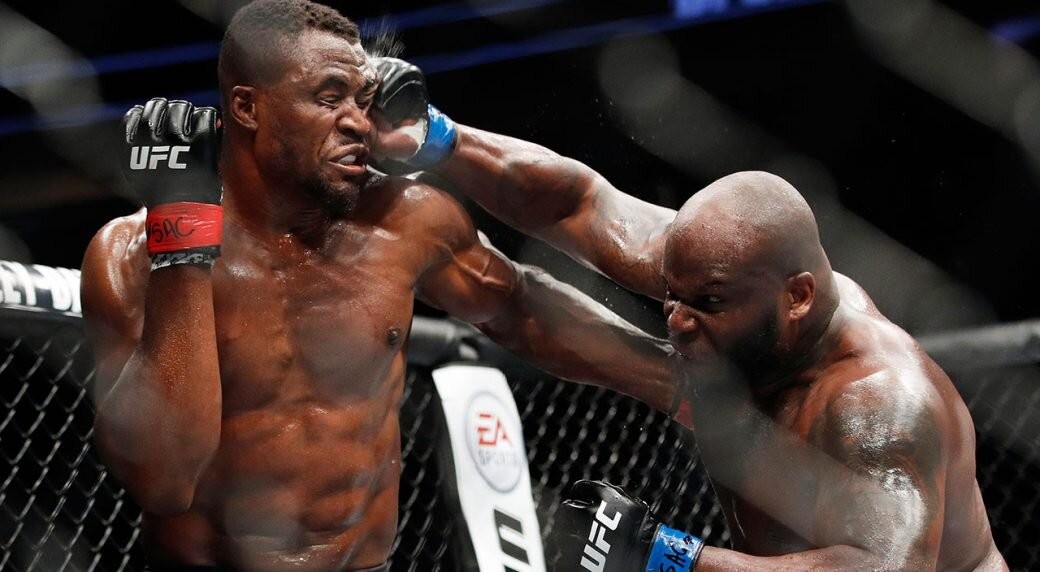 It looks like UFC heavyweight champion Francis Ngannou will fight Derrick Lewis next. Though the fans want to see the super fight between Francis Ngannou and Jon Jones this fight is highly unlikely to happen next due to the ongoing negotiation battle between Jones and UFC.

But, it’s needless to say that Ngannou vs Lewis is going to be a huge fight when it happens. Both Ngannou and Lewis are two of the scariest puncher in the history of the sport and a fight between the two is a guaranteed barn burner. However, Derrick Lewis does not believe it’s going to be a long fight like the first encounter. Lewis believes he is catching Ngannou in the first exchange and putting him to sleep. In a recent interview with ESPN, Derrick Lewis stated:

The first encounter between Derrick Lewis and Francis Ngannou was one of the most boring fights in UFC history. But, Lewis claims that the championship fight between the two is going to full of a lot more action. Lewis continued:

Francis Ngannou has improved a lot since the first fight with Derrick Lewis. As Daniel Cormier would say, calm Francis is a scary Francis. But, Derrick Lewis has had a better journey so far to the title shot when you compare it to Francis Ngannou’s.

Read More: Everything you need to know about Derrick Lewis’ and his wife

The dominance of Francis Ngannou in the heavyweight division can not be denied. However, Derrick Lewis has the experience on his side. He has faced so many wrestlers and grapplers in his last few fights and yet he has managed to come out victorious. Both Ngannou and Lewis pack some serious power and they knock out anyone in the division. But, we have seen a lot of Lewis inside the octagon and very little from Ngannou because of the way he finishes his fights. Though Ngannou is going to be the favorite going into the rematch it’s going to be a tough fight for him as he can not charge into one of those mammoth shots from Derrick Lewis.