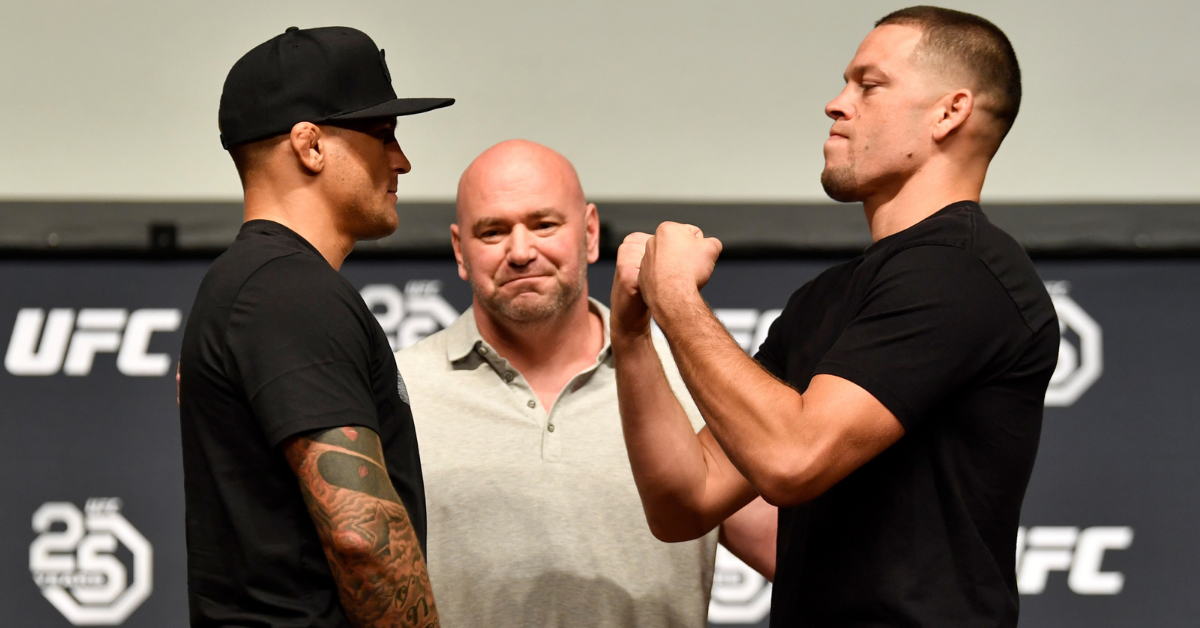 Nate Diaz and Dustin Poirier were initially scheduled to fight each other in the co-main event of UFC 230, back in November 2018. After a two year lay off, Diaz decided to come back against Dustin Poirier in a lightweight bout, however, the fight was called off, after Dustin Poirier pulled out of the bout due to injury. As UFC would have it, Nate Diaz made his much anticipated return at UFC 241 against Anthony Pettis, and later went head to head against Jorge Masvidal in the main event of UFC 244. Nate Diaz hasn’t fought since his last stint in October. On the other hand, Dustin Poirier’s last UFC appearance came at UFC 242, where he took on Khabib Nurmagomedov  for the UFC lightweight championship. Poirier lost the bout via submission in the third round. Poirier has repeatedly called out Nate Diaz in the past, and wants to face the Stockton native in his next bout.

The former interim lightweight champion has yet to compete inside the octagon, and it looks like he has his eyes set on Nate Diaz. It remains to be seen whether the bout will materialize, and if so, at which weight division. In an interview given to ScoreMMA, Dustin Poirier called out Nate Diaz. He told how it will always remain an interesting option for Dustin Poirier.

“The Diaz fight is always going to be interesting to me. Not just because of it’s a money, because he is the guy who I grew up watching. I am a fan of his style, anytime he fights, I have tuned in. He’s the kind of guy I want to fight.”

Nate Diaz by all rights is the veteran of the sport. Dustin Poirier is an excellent boxer with notable wins over former champion Eddie Alvarez, and Justin Gaethje. Diaz’s style involves constant pressure, and being relentless throughout the fight. Poirier likes a good fight, and he has proved that in the past against the likes of Max Holloway, Eddie Alvarez, and Justin Gaethje. It’s definitely going to be a good fight, and if Poirier decides to jump to welterweight to face Diaz, there are a lot of good option ahead of Poirier in the new weight class should he get a win over Diaz.