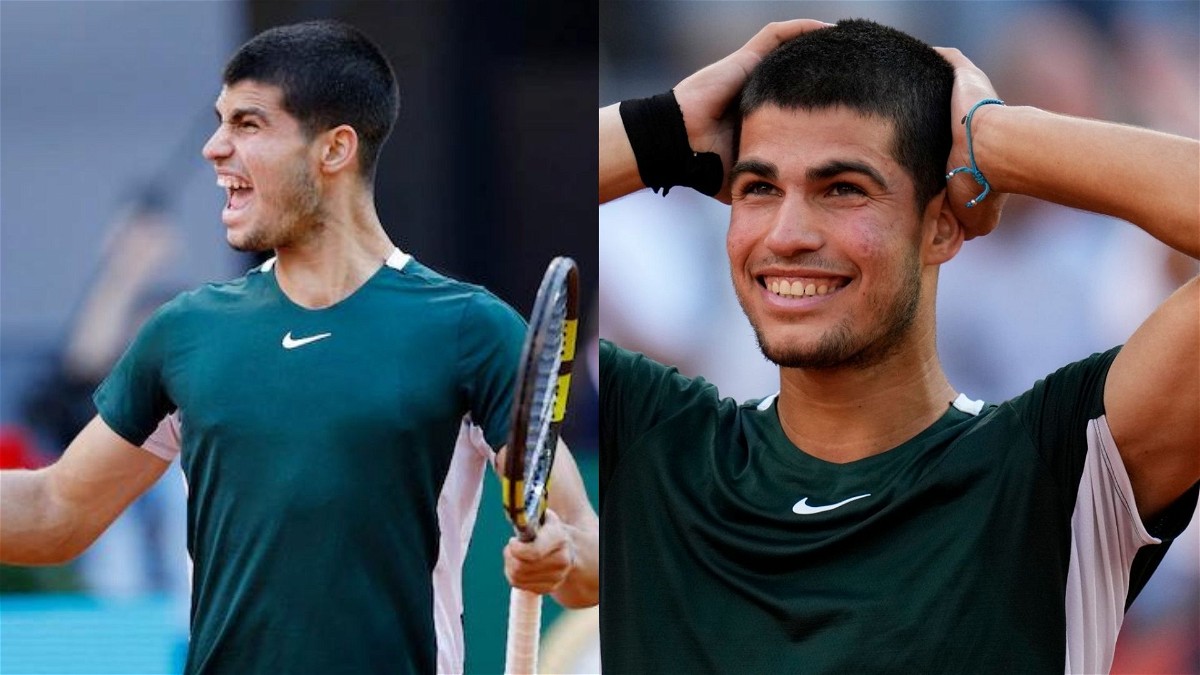 In the upcoming Rolland Garros, Carlos Alcaraz is surely one of the favourites to win the Grand Slam.

With the season he has had, all of the contenders in the tournament would surely keep their eyes on the teenage sensation. Carlos Alcaraz shocked the world when he defeated both Novak Djokovic and Rafael Nadal in a single tournament.

He also went on the win the Madrid Open by defeating Alexander Zverev. Carlos previously had won the Miami and the Barcelona Opens as well.

The French Open starts officially on May 22 and the Spaniard alongside Novak Djokovic is the favourite to win the tournament.

After winning the Madrid Open in April by beating the German Alexander Zverev in the finals, people are seriously rooting for Carlos to get the French Open trophy home.

He also feels that he is mentally and physically at his best to win his first Grand Slam title. In the interview he stated,

“I’m not afraid to say that I’m ready to win a Grand Slam,”

“Physically I feel very well. I am mentally strong. I am a strong player and in the end that is what it takes to win a Grand Slam.”

“Now the level is accompanying me. I feel good and quite confident. It’s a host of things that can throw me up and I’m not afraid to say I’m ready to do it.”

Carlos is currently ranked 6th on the ATP rankings, hence there is a good chance that he would be facing his fellow countryman Rafael Nadal in the last eight and potentially Novak Djokovic in the semifinals if things go according to his plans.

The best thing about Carlos Alcaraz is his goals. He is determined to be the best player in the World. He is also grateful for his family and his team members who push him to be the best and advise him on what is good and not good for him.

All these difference in the mentality aspects is what sets him apart from the other tennis players in the same age range.