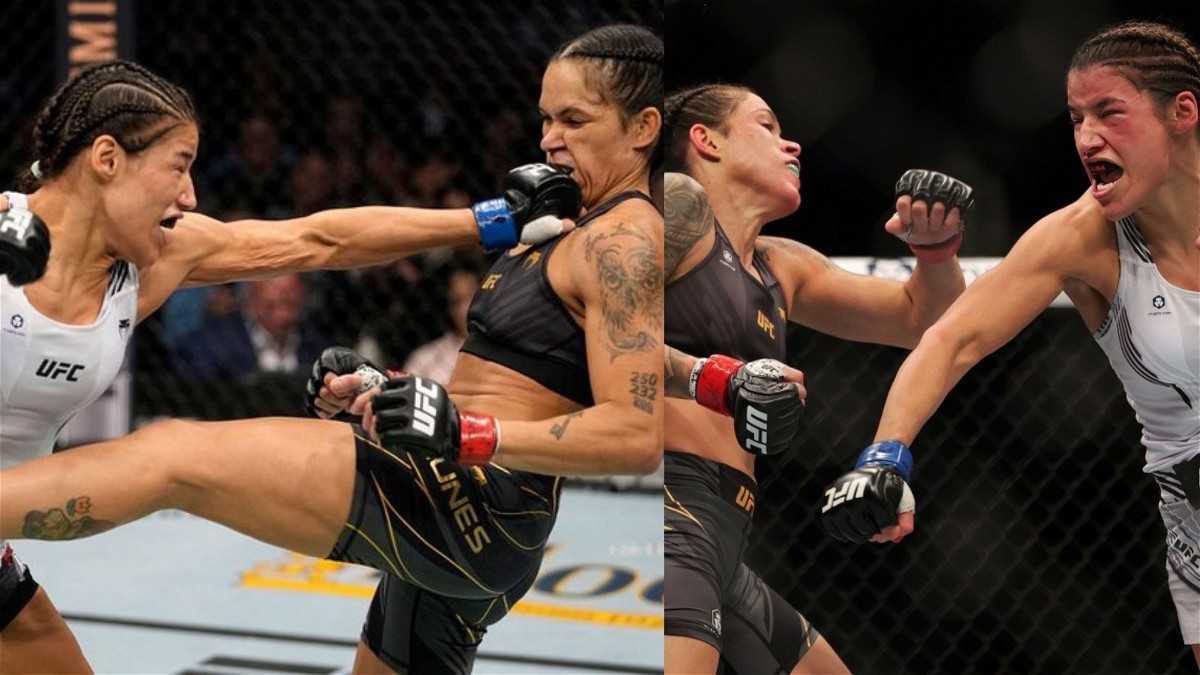 Julianna Peña shocks the world! She defeats the undisputed bantamweight champion of the world Amanda Nunes. Calling her an underdog would be a massive understatement. The fight was supposed to be a stay busy affair for the champion. But what took place at UFC 269 shocked even the hardcore of fans.

Coming into the fight, Julianna
Peña was +650 betting underdog and Amanda Nunes was a -1000 favourite. That was an indication of how the experts expected the fight to play out. The first round of the fight reflected the odds. Amanda Nunes tagged and dropped the challenger multiple times.

After the first round, it seemed a long gone conclusion that Amanda Nunes will extend her win streak. She came out of her corner guns blazing trying to put Peña away in a spectacular fashion. But it backfired on her big time. The shots that dropped Juliana in the first round, seemed to have less impact. The 32-year old showed incredible chin and countered back.

Julianna Peña stood her ground in the second round. She dodged a few initial punches and fired a few shots of her own. Earlier the punches did not find their way to Amanda’s chin in the first round. But in the second round, they did. Nunes seemed to be in serious trouble after a long period of time.

Despite being in trouble, the champ refused to level change. She stuck to her guns and continued the exchange. But it was apparent that she was exhausted. Peña took notice of that and drag Nunes down to the mat. She snuck her arms under her chin and submitted the two-division champion.

Following the fight, she reacted to her big victory to Joe Rogan. When asked about her thoughts on the victory, Peña quoted the famous Nate Diaz line and yelled out, “I’m not surprised, Motherfu*****”

The newly crowned champ went on to say, “I told you, don’t ever doubt me again. Will power, strength and determination will take you places.”

She thanked her coaches and training partners, “Thank you Talia for getting me ready and Tom, thank you, Tom. Those are my Amandas. I couldn’t have done it without them. Of course with the help of my team and my coaches. I have the best team in the world behind me. I’m so humble and grateful for the opportunity.”

Julianna Peña commented on the finishing sequence and said, “I probably thought I was gonna have be able to fight longer. (I thought) She was gonna fight longer. Butt she tapped and asked the commissioner and I said said ‘is it over?’ he said ‘yeah, you won,’ and I said, ‘oh okay, great!’”

Joe Rogan asked him if the victory seemed real to her or not, she replied, “It did that was crazy! I definitely expected a win and I’m just so grateful, the world is my oyster and you literally have the ability to do anything that you want in life and I just proved that tonight.”