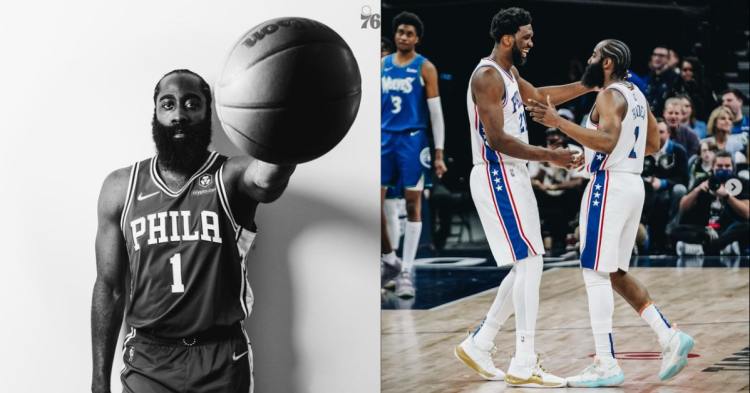 James Harden is one of the greatest players of the last decade. Known for his playmaking ability and smooth step-back jumpers, Harden was one of the most dangerous scorers in the NBA. Harden is the recipient of a NBA MVP, NBA Sixth Man, an assist title and three scoring titles. He is a member of the NBA’s 75th Anniversary Team. He has also won two gold medals with USA’s Olympic basketball team.

The Beard was one of the most explosive scorers during his stint with the Houston Rockets. However, after being a part of four-part trade to Brooklyn Nets, Harden changed his playstyle to become a primary facilitator. He has significantly increased his assisting averages in Brooklyn Nets and Philadelphia 76ers.

Despite him being an explosive scorer, Harden is also known for being a ‘ball hogger.’ During his stint with the Rockets, Harden repeatedly kept the ball to himself and increased his volume shooting percentages. Therefore, his recent interview with the media was somewhat ‘ironical.’

During his recent interview with Sirius XM, Harden reflected on the things that went awry with the Nets and his role as a facilitator, stating:

Bro really said (yes this is the best picture I could get of this) pic.twitter.com/qKtkCravjW

“I’m probably one of the most unselfish players this league has ever saw. And you go into a situation in Brooklyn with KD and Kyrie where they didn’t need me to be a 30 point scorer. So basically a facilitator, finding ways to impact the game. Then being trade here last year, Joel, he should have won MVP but he was playing extremely well so you can’t come in here expecting to average 30 points, so again, finding ways to impact the game.”

Harden even contemplated about his misfortunes and injuries, stating:

“Finally, for the past two and a half years, it’s been a struggle for me because I wasn’t able to be who I know I am. So all those that in a pile was very frustrating — but you get a full season of health, if working out and getting back to where I need to be…”

It’s a safe bet to say it would be exhilarating to see the partnership duo of Joel Embiid and Harden in full swing in the upcoming season.