Last night on WWE Smackdown, Roman Reigns and Seth Rollins engaged in a fiery exchange of words. In the last minutes of the episode, Seth came out first with a microphone in his hands followed by ‘The Tribal Chief.’ Seth for old times sake extended his fist out to Roman for a traditional ‘SHIELD’ fist bump. Roman declined it by saying that it’s beneath him now.

After a few more words, ‘The Visionary’ reminded ‘The Big Dog’ that their record in WWE championship matches has been one-sided and that he has won them all. Roman laughed in Seth’s face and said Seth is living in the past. Unless he is sleeping under a rock, he is in God mode these days.

‘He is the tribal chief, the head of Seth’s table, the greatest of this generation, no questions asked.’

Seth says he didn’t come out to rain on his parade. He came out here to acknowledge Roman, to acknowledge his success. Seth asks Roman if he can look at himself in the mirror at night and say that he has done that all by himself. Because that is the difference between them. Without Roman Reigns, Seth Rollins is just fine.

After this the Usos came out from behind and Seth escaped from the ring before any damage was done.

Roman Reigns vs Seth Rollins: Who will win at WWE Royal Rumble? 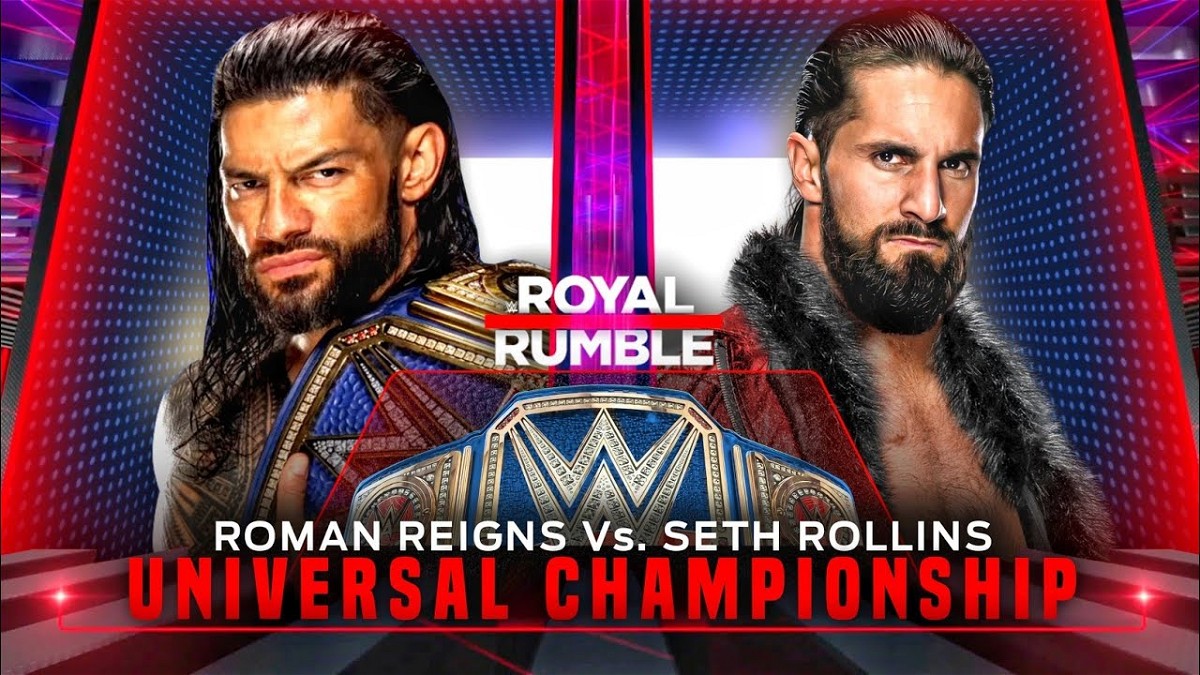 The former Shield brothers are set to battle each other for the WWE Universal Championship at this year’s Royal Rumble. If rumors are to be believed, before Roman’s ill-timed absence from Day 1, he was set to drop the title to Brock Lesnar. On the Raw side of things, Seth Rollins was supposed to come out victorious as the new WWE World Heavyweight Champion. However, things don’t pan out as planned.

Fresh rumors now suggest, ‘The Tribal Chief’ will drop the Universal Title to Seth at the Rumble and then move on to his program with Brock Lesnar. Meanwhile, Seth will take the Universal Championship to Raw and will defend it at WrestleMania 38 against the winner of the Men’s Royal Rumble match.

What do you think will happen at WWE Royal Rumble 2022?