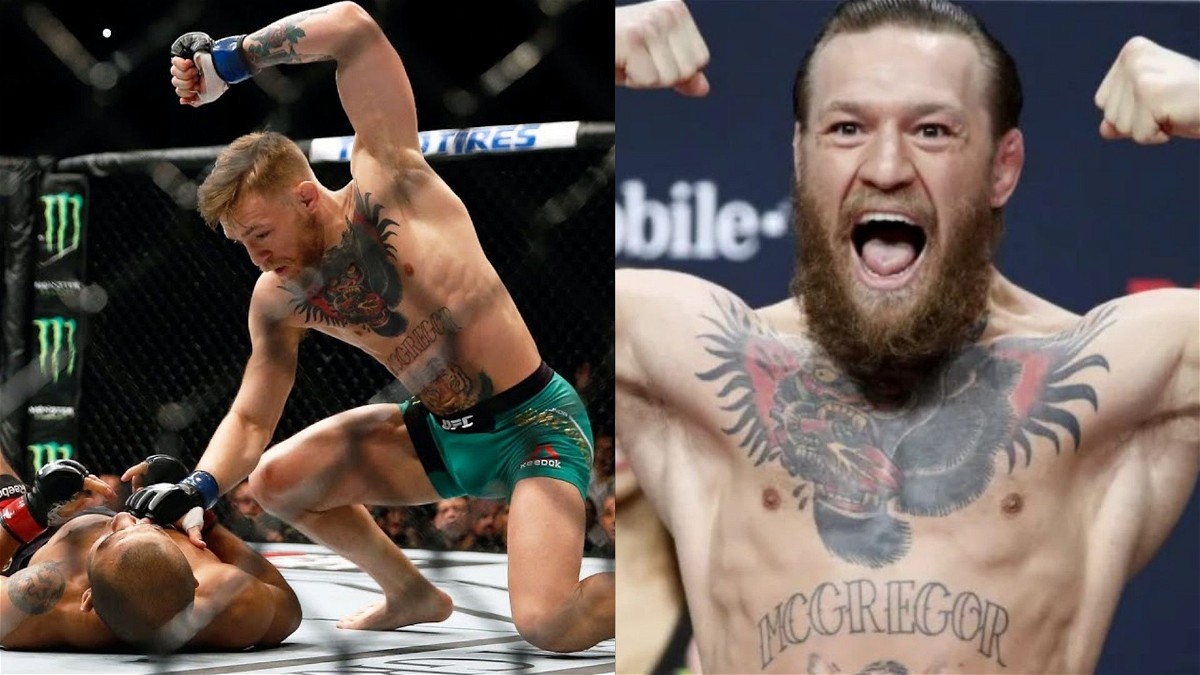 Conor McGregor might not be fighting tonight at UFC 274. But, it seems everyone wants a piece of him including the former UFC lightweight champion, Charles Oliveira.

Michael Chandler called McGregor out after a brutal knockout win over Tony Ferguson on the main card of UFC 274. Chandler even agreed to fight McGregor at 170. And McGregor seemed to like the idea of fighting Chandler at 170 in the near future.

Conor McGregor responded to Chandler’s call out and said: “I’d have a nice knock off this guy, no doubt about it. A firework spectacle. I like the 170 shout also. Tipped him over. I’m definitely game to fight this guy at some stage in my career. I see it happening after tonight. Congrats on a solid win Michael and another barnstormer.”

However, Conor McGregor has said that he is going to fight for title when he comes back in 2022. McGregor initially aimed for a title shot against Kamaru Usman at the welterweight division.

However, it seems Charles Oliveira is open to fight The Notorious for the vacant lightweight title.

Oliveira was stripped of his lightweight title after failing to make weight for UFC 274. But, he managed to secure the number one contender spot by beating Gaethje with a round 1 submission.

Responding to Charles Oliveira’s call out at UFC 274, Conor McGregor said that even if he is eager to fight another Brazailian he does not want to cut weight for lightweight division.

McGregor, who is widely known for halting the decade long winning streak of Jose Aldo with a historic knockout, has shown interest in fighting Oliveira before.

“I’m not sure I wish to cut the weight. I am really enjoying being built like a refrigerator. I feel I want to fight at this size just to watch it back lol. But I’d love to fight the Brazilian, 100%! I love Brazil and I’m unbeaten against Brazil. All KO’s. I’ve some thinking to do”– McGregor tweeted

Title or no title, Charles Oliveira has soldified himself as the best lightweight on the planet with a quick win over Gaethje. He has now beaten Dustin Poirier, Justin Gaethje more impressively than Khabib Nurmagomedov.

Even though he got rocked in both the fightshe managed to finish the fights in a quicker time than the former lightweight champion, Khabib Nurmagomedov.

If Oliveira can go out there and pick up another dominant win over Conor McGregor then many fans will regard him as a better champion than Khabib Nurmagomedov. But, it’ll be inetresting to see whether McGregor campaigns for a title fight against Oliveira.