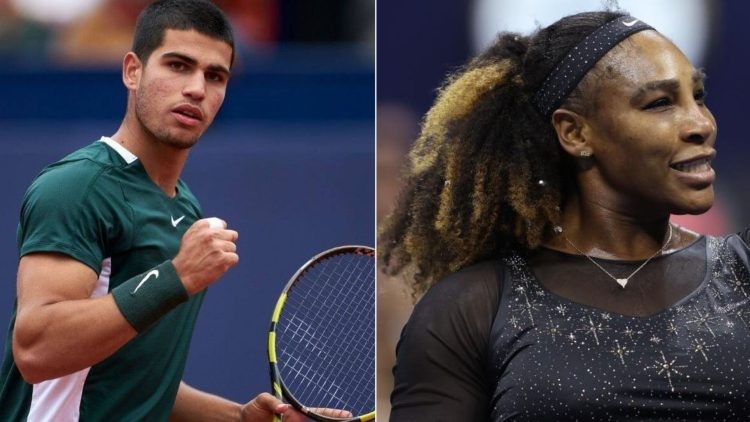 A lot of the young tennis stars look up to Serena Williams and Carlos Alcaraz is included in the list. Serena has had a glorious career in tennis which has been known for her longevity and her consistency as well. She probably will be retiring after her journey in the ongoing US Open concludes.

Taking all of these into consideration, it is not surprising for Carlos Alcaraz to consider her an inspiration. As a player with a lot of potential, Carlos will gradually be understanding how it feels to be in the shoes of Serena Williams.

For Carlos, 2022 has been a year of reckoning since he has made a jump all the way from 33rd to 4th in the ATP rankings. Even though he is yet to win a grand slam title, it is expected that he would be winning one soon.

He has already won four master’s titles including Miami and Madrid, wherein he defeated Novak Djokovic and Rafael Nadal in a single run.

Carlos Alcaraz, who is the third seed in the US Open defeated the Argentinian Federico in a dominating straight sets victory to progress to the third round. He won the match with a 6-2, 6-1 and 7-5 on the Arthur Ashe Stadium in the US.

Carlos is surely eyeing the No.1 spot in the ATP rankings since he is in contention for it alongside Rafael Nadal. Alcaraz is slated to face Jenson Brooksby in the next round. The US Open is an opportunity for Carlos to clinch the US Open title.

It seems that alongside Carlos, Daniil Medvedev and Rafael Nadal are the major contenders for the title as well. Carlos demonstrated his solid form on the hard courts earlier this year in Miami and he will be pushing himself hard to replicate such match-winning performances in the US Open.