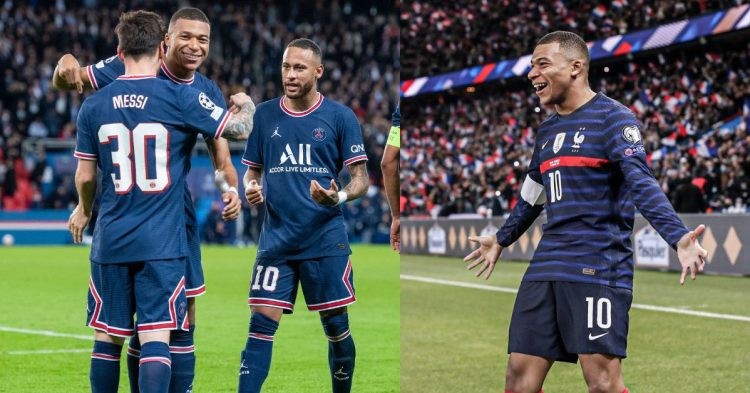 Kylian Mbappe is one of the best players in the world right now. Along with Erling Haaland, he has all the potential in the world to become the biggest athlete in the world. He has been in the spotlight for the last few months, amid his transfer saga with Spanish giants and European royalty Real Madrid. Despite teasing the move for months, Mbappe chose to stay at PSG. He also signed a lucrative contract to play in France.

As we all know, FC Barcelona’s greatest legend Lionel Messi moved to Paris last year. No one expected that transfer since rumors of Messi leaving emerges every year. But due to Barca’s financial troubles, they had to let their GOAT go.

Although there were many teams after Messi’s signature, the main reason for PSG to win the race would be their winger Neymar Jr. Messi and Neymar enjoyed a close relationship when they played together at Barca. When a star trio was formed at PSG, of Messi, Neymar and Mbappe, many expected them to conquer European football.

Can Kylian Mbappe win his first-ever UCL trophy with PSG this season?

However, that hasn’t been the case. Last season, Real Madrid knocked them out of the UCL Round Of 16 with the help of Karim Benzema’s 18-minute hat trick. It seemed like the perfect revenge for Madrid fans for Mbappe’s snub. That was the start of a rumor fest of a rift between the three PSG stars. Recently, Mbappe has spoken out on the environment at his club.

Mbappe told L’Equipe, “I play differently. I am asked other things here in relation to my club. I have a lot more freedom here. The coach knows that there is a number 9 like Olivier [Giroud] who occupies the defenses and I can walk around and go into space. In Paris, it’s different, there isn’t that. I am asked to be the pivot, it is different.”

“How they ask me to play here is different. With France, I have much more freedom than at PSG.”

In addition to that, Kylian did not wish to start a speculation that he was unhappy at PSG, and said, “I take pleasure everywhere.” As he said, his roles with the French National Team and PSG are different. At France, a typical striker like Olivier Giroud has the responsibility of dragging opposition defenders away. That creates space for Mbappe to run into and for France’s midfielders to find a pass.

However, that’s not the case at PSG. The 23-year-old usually plays as a striker but with a lot less freedom to move around. He usually stays central. However, with the Christophe Galtier coming in, there have been a few changes. Messi, Neymar and Mbappe have been linking up with more fluidity this season, playing a triangle-shaped attack at times. We can only wait and see if the change in tactics pays off for them in the UCL this season. 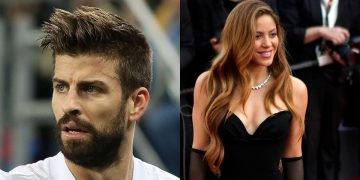