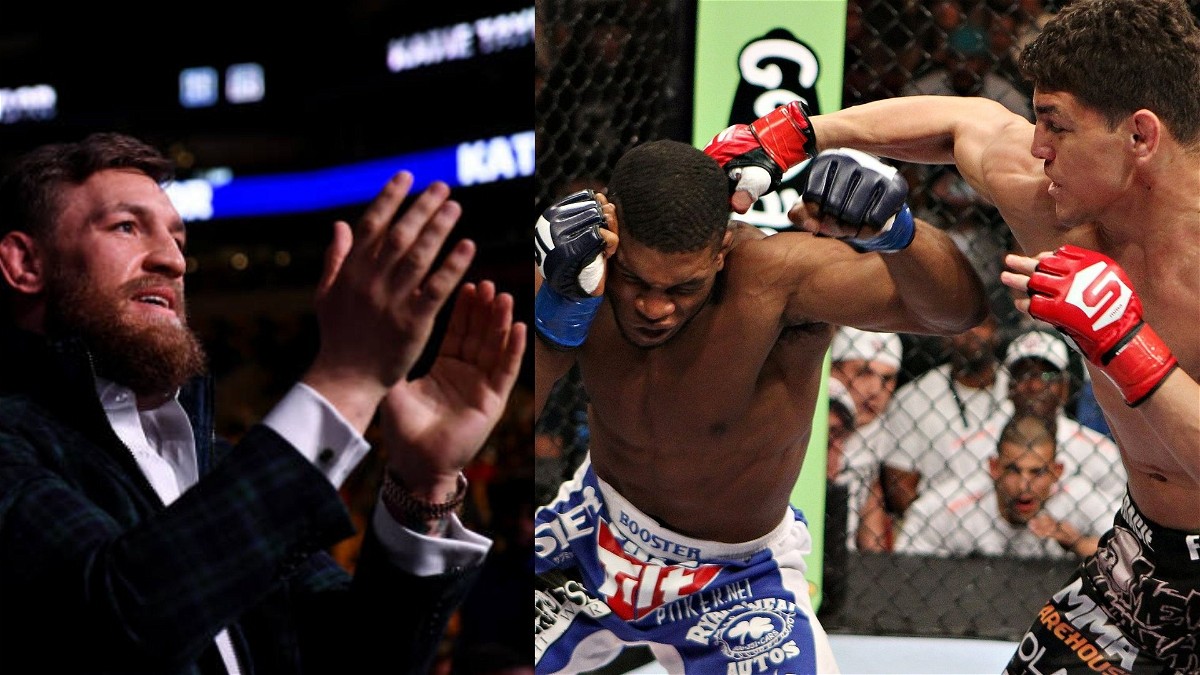 Conor McGregor chimed in on the ten-year anniversary of Nick Diaz vs Paul Daley for the Strikeforce Championship. The one-round war between both the welterweights is widely regarded as the greatest one-round fight in the history of mixed martial arts. Nick Diaz emerged victorious with a stoppage win to defend his welterweight strap.

The rivalry between Conor McGregor and the Diaz brothers is well known. However, often Conor can be seen complimenting the Diaz brothers on social media. McGregor captioned a video shared by MMA journalist Chamatkar Sandhu on Twitter, “Incredible bout.”

Recently, Conor McGregor and Nate Diaz got into a back and forth on social media. This came after McGregor mocked Diaz for his symbolic “BMF” belt and demanded a belt of his own. The Notorious even named the belt, the “McGregor belt” and opened up suggestions for the design. It was then that Nate Diaz sent out a hilarious suggestion for the McGregor belt.

Be that as it may, McGregor’s respect towards the elder Diaz, Nick has always been out there. Need I remind you of the time when both Nick and Conor complemented each other despite McGregor’s Notorious’ side in action even when he was young and climbing through the ladder.

In the past, Nate has also defended Conor, mostly in his verbal tirade against Khabib Nurmagomedov and most recently against Jake Paul who foul-mouthed McGregor’s wife Dee Devlin.

It’s safe to say that the trilogy will happen at some point. Diaz made it clear in his last interview that he is not going to fight McGregor coming off a loss. Needless to say, McGregor’s performance at the lightweight division will determine how far away we are from a potential trilogy between Diaz and McGregor.

Earlier, in the lead-up to UFC 257, McGregor expressed his interest in fighting Nate Diaz for the UFC’s lightweight championship. However, McGregor lost his return fight against Dustin Poirier. Now, Nate Diaz is scheduled to return on May 15 against Leon Edwards in a five-round co-main event at UFC 262. Meanwhile, Conor McGregor is targeting a UFC 264 return with a trilogy bout against Dustin Poirier.