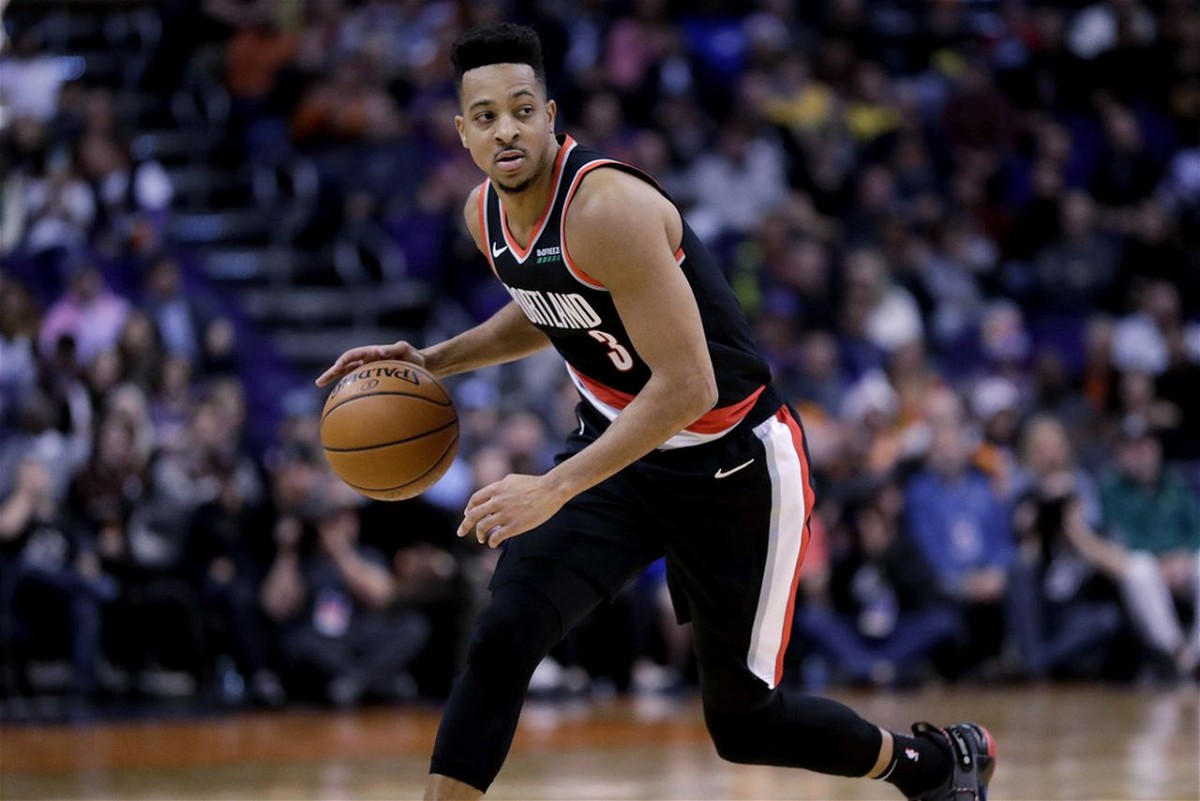 After suffering a foot injury vs. Atlanta Hawks, CJ McCollum was scheduled for a reevaluation this week. The Athletic’s Shams Charania reported that CJ McCollum has suffered a fractured left foot and will miss at least four weeks due to rehab.

This injury is disheartening for the Blazers as well as the fans, especially after the all-star level performance CJ was putting on display night after night. In 13 games so far, he’s averaging 26.7 points, 3.9 rebounds, and 5 assists with 47.3% shooting.

CJ McCollum entered the Sunday night game against Atlanta Hawks as the best player on the Blazers roster scoring 20+ points each game consistently. They had a 7-5 record before the game despite having two of their starters sidelined due to career-threatening injuries. Blazers were on a four-game win streak before Indiana Pacers put an end to it.

McCollum left the game in the first half and didn’t return, however, Portland went on to win the game. X-Ray and MRI revealed a left foot sprain later that day. This is the same foot that led to CJ missing a good part of his rookie reason in 2013. Hence, the Portland Trail Blazers should not haste his return and give him time to heal.

Blazers will re-evaluate his position in four weeks which gives him enough healing time.

What does CJ McCollum’s injury mean for Portland Trail Blazers?

Portland Trail Blazers face yet another setback with their third player sidelined due to injury. Last season it was Zach Collins, Damian Lillard, and Jusuf Nurkic. Nurkic suffered a broken wrist in the last game and is expected to spend eight weeks in rehab. He is a liability for the Blazers as this is his third season with a severe injury. Zach Collins on the other hand left the bubble during the seeding games due to an ankle injury. He was ruled out indefinitely before the season for another ankle surgery and is yet to make a comeback.

Unlike last season where Damian Lillard had an issue with his knee and shoulder injury during Game 3 of the playoffs, it’s CJ McCollum this time leaving the Blazers.

Portland barely made it to the playoffs with exceptional performance in the NBA Bubble last year. They slipped from being the third seed in the western conference to clinging to their only chance in the seeding games because of injuries. They are likely to meet the same fate this season as well unless CJ McCollum, Jusuf Nurkic, and Zach Collins return good as new after rehab.