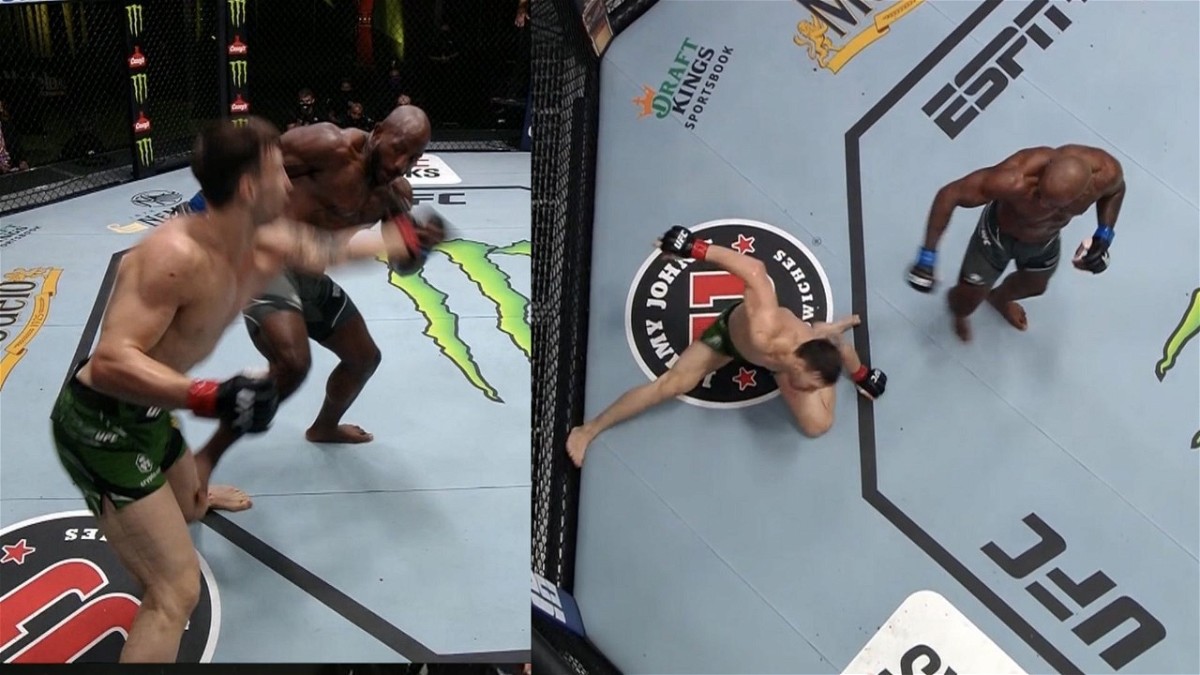 Khalil Rountree Jr took on Modestas Bukauskas in a three-round contest in the light heavyweight division in the main event of UFC Fight Night: Brunson vs Till. As a result, fight fans were excited about this contest and expected the two light heavyweights to deliver a spectacular show.

Rountree Jr completely destroyed Modestas with a vicious leg kick to win the contest in the second round via knockout. Getting into details of the contest, Rountree Jr fought like a man possessed as he walked in and landed a barrage of powerful strikes. It looked as if the fight could get over anytime soon as Khalil picked Modestas apart and stunned him several times during the first round.

Khalil Rountree Jr ends it with a NASTY side kick!

???????? #UFCVegas36 is live on ESPN and @UFCFightPass pic.twitter.com/RLhyPKZoNT

In addition to that, he landed several punches and mixed his combinations up by kicking the lead leg of his opponent. Despite all the damage sustained, Bukauskas showed great courage and grit to survive the first round. However, Khalil Rountree’s power proved too much for him in the second round as Rountree continued his aggressive approach and dealt significant damage. In this process, he landed an oblique kick to the left leg of Modestas after which the referee immediately stopped the fight.

After the fight, Modestas Bukauskas clinched his leg in agony after suffering a brutal knockout and it appeared that he had injured his left leg. Later in the post-fight interview, Michael Bisping revealed that the Baltic Gladiator has suffered multiple injuries to his Acl and Mcl.

After Khalil Rountree delivered a nasty sidekick to end the fight against Bukauskas, Michael Bisping asked him whether he had prepared this technique during the training camp for this fight in the post-fight interview.“I didn’t work it in training camp with the intent that I had and threw it with today, because I don’t want to hurt my training partners.” 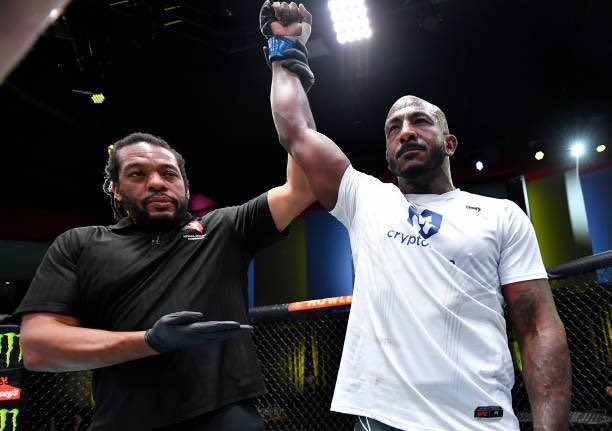 “I knew when he threw a jab he was very heavy on the front foot. That’s when I threw it and that’s when it landed.” Rountree also revealed his mindset for this contest against Modestas to Michael Bisping. “My mindset today was just win, win the fight. I don’t care. I’m not hiding anymore. I’m dealing with my fear head-on. I just knew I had to come in here and just get the job done.”

With this dominant victory, Khalil Rountree has put the entire division on notice. Moreover, he will probably enter into the top 15 if he continues delivering such wild performances. In the end,  Khalil will earn a significant number of fans after this emphatic knockout win.