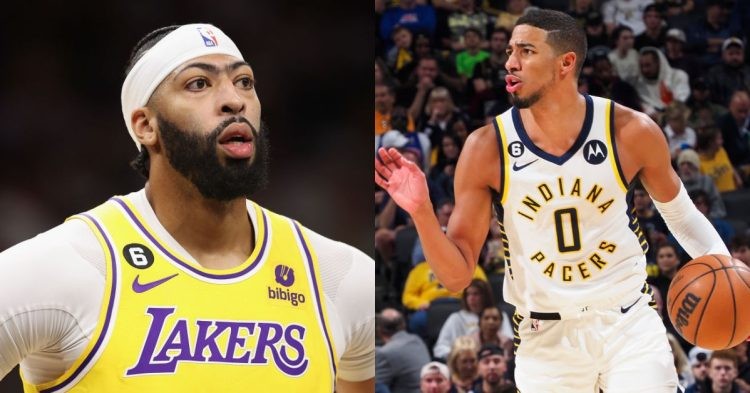 The Los Angeles Lakers are facing the Indiana Pacers tonight. The California-based franchise has been on good form in recent times, winning 4 out of their last 5 games. The only game they lost was against the Phoenix Suns, who won the game 105-115.

The opponents the Lakers are facing tonight, are in decent form as well. The Pacers have won the last 3 out of their 5 games in the NBA. This also includes an impressive win over the star-studded Brooklyn Nets a few days ago. There is a chance that they might get past the Lakers as well, mainly because of the injuries the LA franchise faces currently.

For those who don’t know, Anthony Davis has been having trouble with injuries for a while now. It has been the main reason for his downfall. The entire NBA once touted him to be the next big thing. Make no mistake, AD is a world-class player, but injuries have not been kind to him. This seems like the case for tonight as well.

Davis is currently facing a calf injury and is listed as day-to-day for the game tonight against the Pacers, according to reports. It seems like the same is the case for LeBron James as well. King James played in the last game against the San Antonio Spurs and even helped to prevent a serious brawl involving Russell Westbrook.

However, AD missed the game due to his calf injury. And it seems like he’s questionable for the Pacers game as well. The former New Orleans Pelicans star has been on the Lakers’ day-to-day list for a while now, which shows that he hasn’t managed to recover completely.

Their opponents, the Pacers, are dealing with injuries to some of their players as well. However, their dynamic trio of Tyrese Haliburton, Myles Turner, and Benedict Mathurin will all be available tonight. That boosts their chances massively for tonight’s game.

Chris Duarte is currently out with an ankle injury, together with two other Pacers players. The Pacers will surely be missing Duarte’s versatility tonight. He is a solid scorer with the ability to hold his ground against dominant opponents.

Can the Lakers possibly continue their streak without Anthony Davis?

There is a chance that the Lakers don’t have AD’s services tonight. And if the franchise’s luck gets even worse, LeBron might be out as well. With that said, one of their best defenders, Patrick Beverley is currently suspended after his incident against the Phoenix Suns.

The Lakers look to be having some control over turning the ship around. But to prevent it from sinking as a whole, Darvin Ham would have to find what’s clicking for the team. The entire NBA world knows that the team has little stability and balance right now. Without their individual quality, they look weak at times.

The Pacers might take advantage of this through Tyrese and Benedict Mathurin. As we all know, Benedict’s strength is to look for open spaces which he can score from. Haliburton is the perfect partner for him, considering his vision and pinpoint passing.

The Lakers would also have to get past big man Myles Turner. However, given the form, King James has been in, and the rest of the Lakers players have, they are a strong contender to take the win tonight.