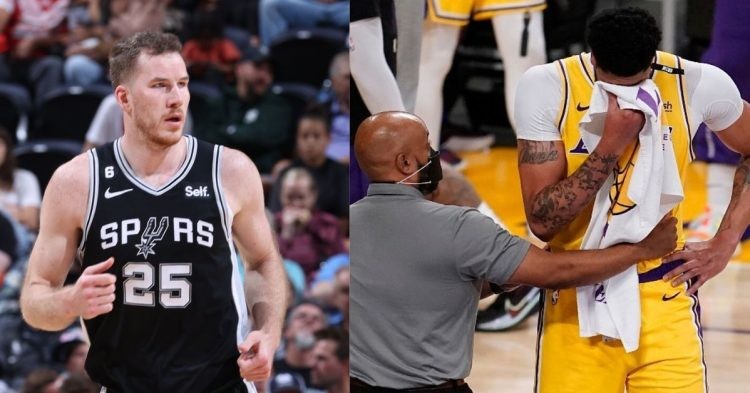 The Los Angeles Lakers will be facing the San Antonio Spurs tonight. NBA fans will certainly be aware that Anthony Davis has not played in several games for the Lakers this season. In fact, he has only played in 25 games this season.

We are more than halfway through the NBA season and the Lakers are struggling. They currently hold a record of 22 wins and 26 losses. That gives them the lowly 13th seed in the Western Conference. One of the only teams worse than them is the San Antonio Spurs.

The Spurs are currently in a state of rebuilding and have no real postseason ambitions. They have a record of 14 wins and 33 losses. As both these teams face off, fans might be interested in knowing the injury reports, expected rosters, and predictions for this game.

Despite displaying flashes of dominance this season, Anthony Davis has created a reputation for himself as an extremely injury-prone player. He has not played for the Lakers and missed around 6 weeks now. According to the injury reports, he suffered a right foot stress injury and was sidelined indefinitely.


LeBron James definitely stepped up in his absence despite turning 38 years old. In fact, he is coming off an impressive game where he scored 46 points, 7 assists, and 8 rebounds game against Kawhi Leonard and the Los Angeles Clippers. Unfortunately, that ended up in a loss as the Clippers won with a final score of 133-115.


The Lakers will look to stop any potential losing streak tonight against the San Antonio Spurs. With that being said, let us take a look at the injury reports and expected rosters.

Anthony Davis is expected to play in this game, assuming that nothing bad happens during his pre-game workout and testing. Now, let us look at the expert predicitions for this game.

The Lakers are overwhelming favorites over the Spurs tonight

This is one of those amusing situations where the pressure is high simply because of the big names on the Lakers roster. It would be quite embarrassing if LeBron James, Russell Westbrook, and Anthony Davis lost to the rebuilding San Antonio Spurs.


Unfortunately for Lakers fans, this team has proven that it can even lose to low-tier teams like the San Antonio Spurs, a team with no relevant star. While the Lakers will still be the overwhelming favorites for this matchup, it wouldn’t be all that surprising if they ended up losing.