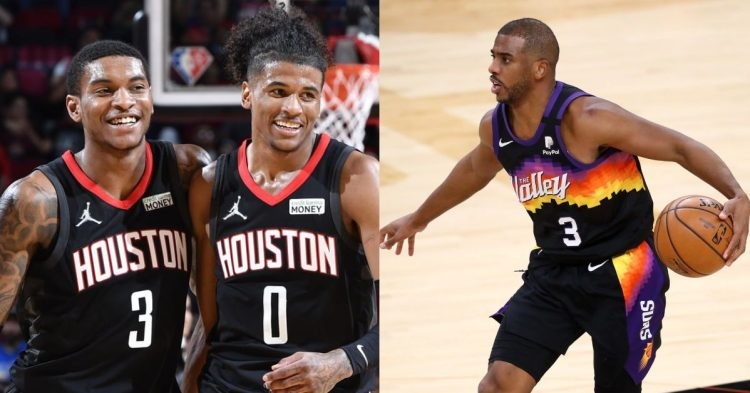 The Phoenix Suns will be taking on the Houston Rockets tonight. Despite the absence of their leader Chris Paul, the Suns currently hold the best record in the Western Conference with 15 wins and 6 losses. On the other hand, the rebuilding Houston Rockets hold a record of 5 wins and 16 losses.

As both these teams face off, we should want to know about the injury status and expected rosters for the Suns and Rockets. One might also be curious as to whether Chris Paul will finally return for this game and what are the reasons he has missed a significant amount of time for the team. Thus, a look at the background and context of this matchup will also help with forming a prediction.

Turns out that we will have to wait a bit longer before seeing the Point God return to the team. He injured his heel in a game against the Philadelphia 76ers. Moreover, he has not played since then and has been sidelined from the action.

Despite CP3 playing in only 10 games this season, the Suns have the best record in a competitive western conference. According to reports, he is expected to be reevaluated sometime next week. However, there is still no clear picture of his return.

Thus, their coach Monty Williams will have to do his best with what he’s got. Thankfully for Suns fans, Devin Booker is playing excellent basketball. We should wonder which other players will miss this game and what the rosters for the Suns-Rockets game will look like.

As we can tell, the Suns are missing two veterans, Chris Paul and Jae Crowder. Additionally, they also won’t be playing Cameron Johson. The Houston Rockets are only missing Jae’Sean Tate and look relatively healthy. Let us take a look at the expert picks and predictions for the Suns vs Rockets game.

The Suns are clear-cut favorites over the Rockets

It would interest some NBA fans to know that this is a matchup between the best and worst teams in the Western Conference currently. Despite currently missing CP3, the Suns are still winning games and leading the conference. Additionally, Devin Booker is coming off an insane 51-point game in just three quarters.

Despite having Jalen Green and Jabari Smith Jr, there is no one on the Houston Rockets with the potential to match this offensive firepower. Therefore, we are siding with the Phoenix Suns in this match.
Tags: Chris PaulHouston RocketsNBAPhoenix Suns
Previous Post