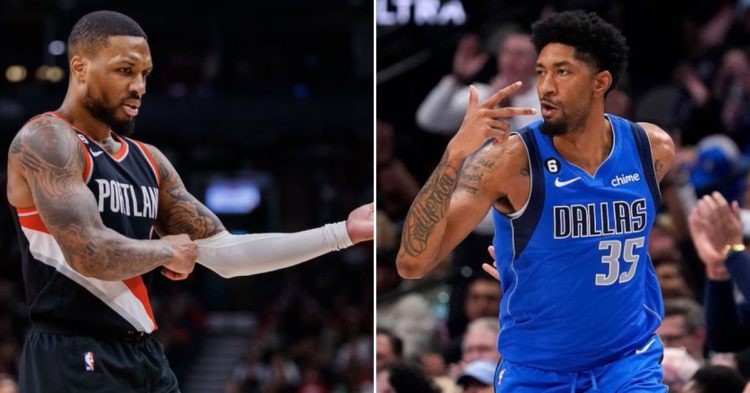 The Portland Trail Blazers will be hosting the Dallas Mavericks at their home arena tonight. The Mavs are coming off a controversial OT win against the Los Angeles Lakers in the last game. Some had a go at referee Josh Tiven for his influence on the game, while some fans believed it was LeBron James’ blunder that handed the Mavs the win. Whatever the case, the Mavs are surely in high spirits going into the game tonight.

The Trail Blazers have not had such a good time recently. They have not won a single game in the last five matches, despite phenomenal performances from Damian Lillard. Will it be any different against the Mavericks tonight?

It is no secret that Wood has been held back by injury problems before. In 2021, he missed more than ten games due to an ankle injury. This time around, he has been hit with the same issue. Wood is listed as questionable for the game against the Trail Blazers tonight because of an issue with his ankle.

To make matters worse for them, Josh Green, Maxi Kleber, and Dorian Finney-Smith are out for the game too. Although they are not guaranteed starters, we can only admit that it does help to have options on the bench for any game.

Dame is questionable for the game tonight against the Mavs. It would probably be the worst time to miss a game, especially against the in-form Luka Doncic and considering how the Trail Blazers have been on a winless run. The last time the Mavs faced Lillard-led Trail Blazers was in December. The Texas-based franchise won the game 110-130 after Luka put up 33 points on the board.

Dame also helped his team put up a good fight by contributing 24 points, but Luka and Christian Wood, who made 32 points on the night, were too much for them. We can expect the Mavs to be the winners again tonight, mainly considering how the Slovenian has been performing this season and Dame’s possible absence from the roster.