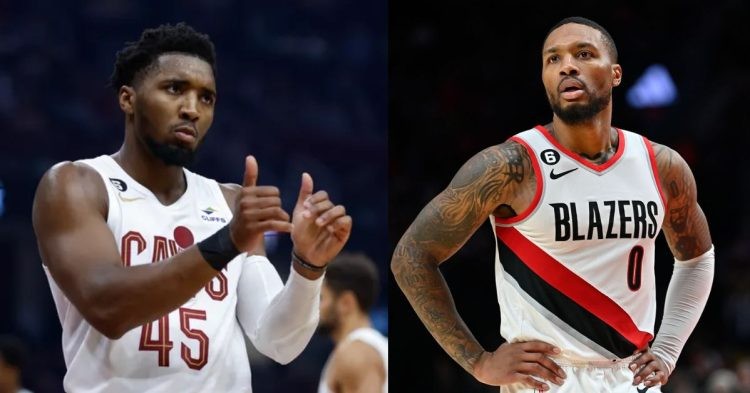 Damian Lillard and the Portland Trail Blazers will be taking on the Cleveland Cavaliers tonight. NBA fans remember that the Cavs acquired Donovan Mitchell from the Utah Jazz last season. By reinforcing the amount of star talent on the team, the Cavs look to be contenders this NBA season and currently hold a record of 26 wins and 16 losses.

On the other hand, the Blazers are somewhat struggling despite starting off the season quite well. They are currently at 19 wins and 21 losses, giving them the 11th seed in a competitive western conference. As both these teams face off tonight, fans must certainly want to know about the availability status and injury reports for the stars on both sides. Additionally, knowing the expected rosters will also help form predicitions regarding the outcome of this game.

Unfortunately for Blazers fans, Dame doesn’t look completely healthy for this game against Mitchell and the Cavs. According to the injury report, he is listed as questionable for this match due to having a left ankle sprain. Thus, his team will be shorthanded and not have their most experienced and clutch player on the court.


Anfernee Simons is a young and upcoming star for the Blazers. He stepped up and proved himself when Lillard was sidelined due to other injuries. It will fall upon him and the rest of the squad to get the job done in the absence of Damian. That said, here are the injury reports and expected rosters for the Blazers-Cavs game tonight.

As we can tell, most of the main players for the Cleveland Cavaliers look healthy tonight. With the exception of Jarrett Allen. Finally, let us look at the expert picks and predictions for this matchup.

The Cavs are favored over the Blazers tonight

Not having Damian Lillard at full strength will really hurt the Portland Trail Blazers. Especially against a talented team like the Cleveland Cavaliers. Donovan Mitchell is playing at another level and scored an NBA record of 71 points a few days ago.


Therefore, the Cavaliers will be the favorites in tonight’s match. Playing against them without Damian Lillard will definitely test what the rest of the Portland Trail Blazers are made of. Although the Cavs are favored, it is still possible for the Blazers to steal this win. This should be an exciting match for NBA fans to watch.