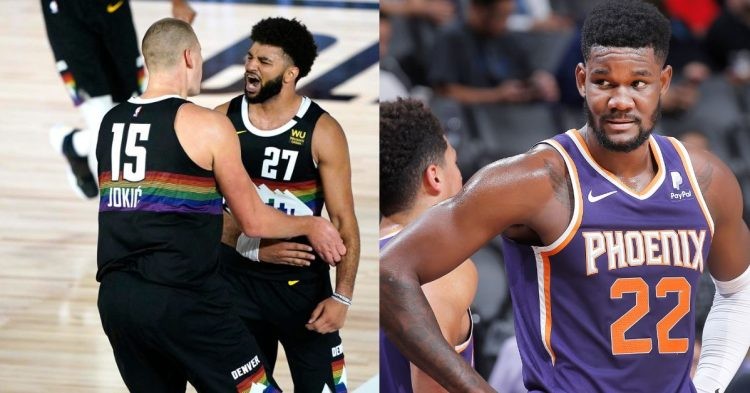 The Denver Nuggets will be hosting the Phoenix Suns on Wednesday night in the NBA. It was a surprise outing for the Suns who trumped the Golden State Warriors, with a depleted squad. Nobody was expecting the Suns to take the win against a Warriors side that had Stephen Curry and Klay Thompson, and Draymond Green fit for the game. The slump faced by the defending champs is a story for another time, let’s take a look at the Suns-Nuggets game.

The Suns will be visiting Denver to face the Nuggets, who are lighting up the Western Conference at the moment. The Nuggets are on a 3-game win streak and have won 10 out of their last 12 games. They have significantly fewer injuries as compared to the Suns. The Suns are a heavily depleted squad at the moment when they face the Nuggets. Let’s look at the injuries and predictions for the game tonight.

The Suns will be visiting the Nuggets in the same form they played the Warriors. Deandre Ayton is listed as day-to-day for the Suns and is questionable to make an appearance tonight. Ayton is suffering from an ankle injury, which prohibited him to play the last game against the Warriors. With this said, Ayton will most probably miss tonight’s game.

The Suns will be without their best players, Devin Booker, and Chris Paul. However, without their best players, the Suns were able to beat the Warriors last time out. The Nuggets are without any significant injuries at the moment and seem to be in hot form. Let’s take a look at the injury report, expected roster, and expert predictions for the Suns-Nuggets game tonight.

The Denver Nuggets will be favored against the Phoenix Suns

The Nuggets-Suns matchup-up looks like a no-brainer. The Nuggets will be expected to take the win considering their hot form. They are currently on a 3-game win streak and are solid at home. They have won 17 out of their last 20 games at home. It is sure to be a lopsided contest, as the Suns have neither of their stars.

The Nuggets in their last game against the Los Angeles Lakers dispatched good a result. The Lakers who were without LeBron James and Anthony Davis didn’t have an answer to Jamal Murray’s shooting prowess. We are expecting the same result this time around for the Nuggets to take the win.