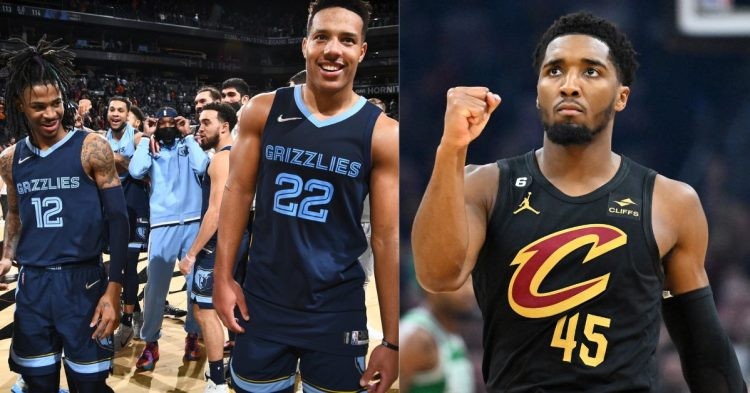 Donovan Mitchell and the Cleveland Cavaliers will be taking on Ja Morant and the Memphis Grizzlies tonight. Both these teams have done quite well for the first half of this NBA season. The Cavaliers currently hold a record of 28 wins and 17 losses, giving them the 5th seed in the Eastern Conference. On the other hand, the Grizzlies are at 30 wins and 13 losses, placing them 2nd in the West.

As both these top-tier teams face off tonight, NBA fans might want to know about the injury status and availability of players from both sides. Additionally, knowing more about the expected rosters and the context of this game will allow us to form a prediction of the outcome.

There is no denying that the Cleveland Cavaliers clearly won the trade for Donovan Mitchell from the Utah Jazz. This is the best that the team has looked in a post-LeBron James era. Mitchell seems to be fitting in very well and playing at a high level alongside with Darius Garland, Jarett Allen, and the rest of the Cavs. In fact, he recorded one of the highest-scoring games of this generation a few weeks ago for this team.


Unfortunately for Cavaliers fans, Donovan does not look completely healthy for this matchup against Ja Morant and the Memphis Grizzlies. Although he is not completely ruled out for this game, his status is doubtful due to a groin strain. It will fall upon the rest of the Cavs to try to get the job done if he does not play. That said, let us take a look at the injury reports and expected rosters for this game.

As we can tell, the Cleveland Cavaliers are missing three players, including one of their best stars, Donovan Mitchell. On the other hand, the Grizzlies are only missing Danny Green, a veteran three-point shooter. Finally, let us look at the expert predictions for this game.

The Grizzlies are favored over the Cavaliers in this game tonight

While there is no denying that the Clevland Cavaliers are playing good basketball this season, Ja Morant and the Memphis Grizzlies will be the favorites for this match. When healthy they look simply unstoppable and are currently on a 10-game winning streak.