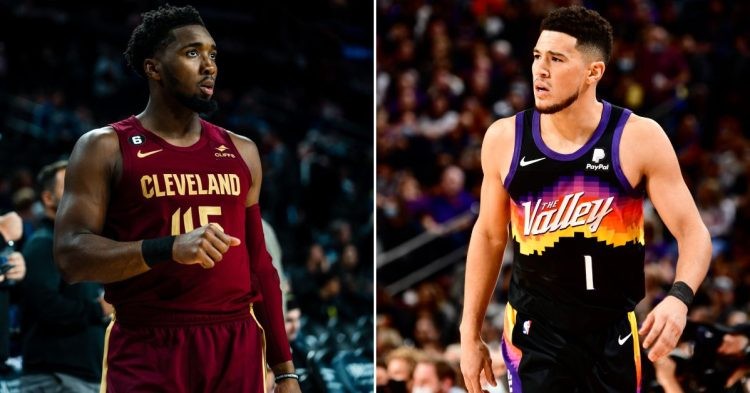 The Cleveland Cavaliers are traveling to the Footprint Center to face the Phoenix Suns tonight. They sit 4th in the Eastern Conference, just below the Milwaukee Bucks. The Suns have not had that much of success so far in the 2022-23 NBA season, compared to the previous years. They are in the 7th in the Western Conference currently, and they will be looking to improve on that with a win at home tonight.

NBA fans were excited for this matchup exactly, mainly because of the fact that two of the best young players in the league could go head-to-head. However, injuries have robbed us of that possibility unfortunately. Both the Cavs and Suns are facing injuries to some of their key players.

Donovan Mitchell moved to Cleveland last summer, and has been a successful signing for the Cavs so far. However, he has been on the sidelines for a few games this season. The Cavs decided to rest him against the Denver Nuggets in the last game. They paid for it with a 120-108 loss to Nikola Jokic and Co. as well. This has led some to ponder whether he will feature tonight, and because of his name on the Cavs injury report as well.

There have been no official reports on the Spida facing injuries. Hence, we can expect him to feature tonight, and to be a crucial part of the game tonight. Although this might be good news for Cavs fans, some of their other players are expected to be out as well. Ricky Rubio, Dean Wade, and Dylan Windler will all miss the game against the Suns tonight. Darius Garland is questionable due to a thumb injury as well.

Can the Cavs take advantage of Devin Booker’s absence from the Suns?

Suns superstar Devin Booker suffered an unfortunate groin injury a while ago. Suns fans will not be seeing him for at least another three weeks. This would be the news that the Cavs would have wanted to hear, especially now that they Donovan Mitchell available. The last time these two sides faced in December 2021, the Cavs walked away with a narrow win (88-90).

The absence of Devin Booker will be a big hit for the Suns tonight. That will be one of the main reasons why the Cavs are the favorites to take the W tonight. Along with that, Mitchell’s form this season has been astonishing as well. The Cavs guard has averaged 29.0 points, 4.9 assists and 4.0 rebounds. We can surely expect him to contribute massively tonight as well.