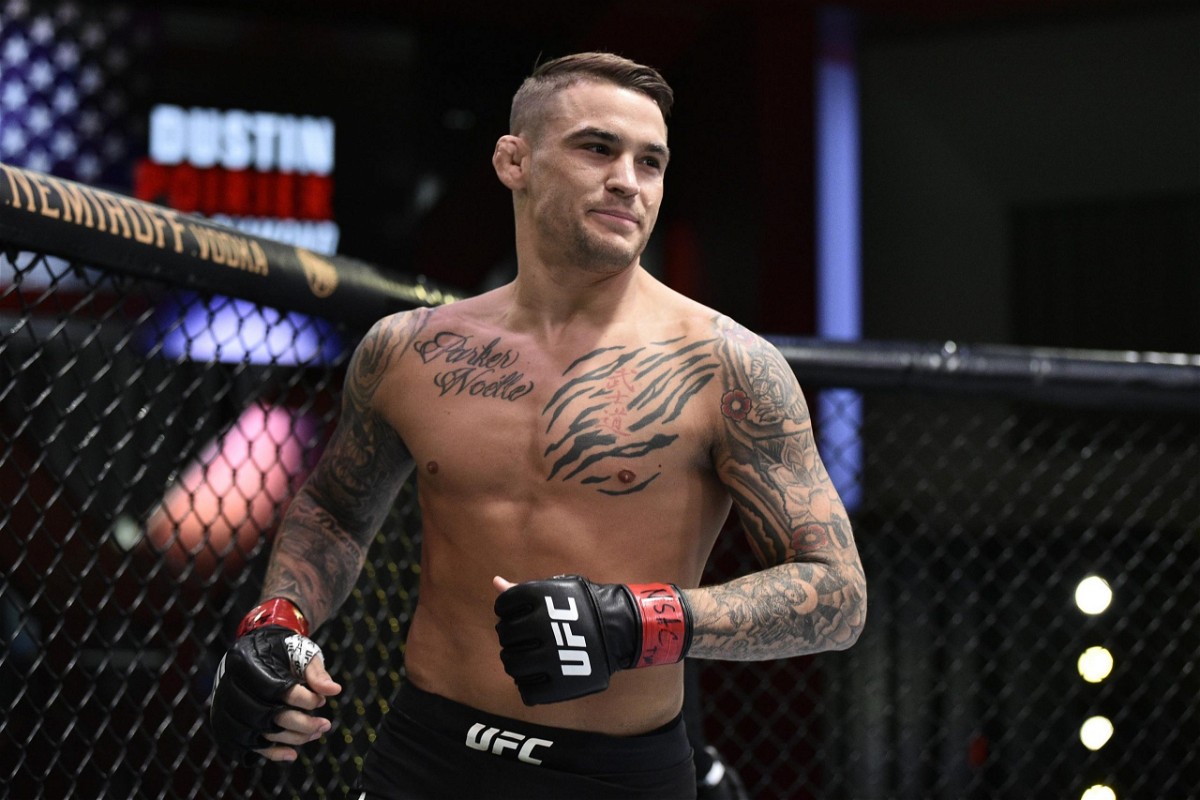 The chatter around Dustin Poirier is that he will retire soon. The UFC 269 is scheduled to take place on December 12 in Los Vegas, Nevada. The card will be main-evented by the mega-fight between Dustin Poirier and Charles Oliveira. The champion is currently on a 9 fight win streak and Dustin is coming off 3 wins.

This fight has the potential to be the last championship fight of Dustin Poirier’s career. He has fought Khabib Nurmagomedov previously for the belt on UFC 242. Poirier had certain moments of success in that fight. He clipped Khabib’s chin once and rocked him. Before he was finished via a Rear Naked Choke (RNC), Dustin had the undefeated fighter in a guillotine choke.

Just when fans thought Dustin time on the top level is finished, He proved everyone wrong. Following a victory over Dan Hooker, Dustin Poirier took on Conor McGregor at UFC 257. The fight was booked to give Conor another crack at Khabib. The stage was set for McGregor to knock the 32-year old out and move on to Khabib. But Poirier knocked Conor out instead and set up a trilogy fight with the Irishman. He then stopped the former two-weight champion once again on UFC 264.

Following the trilogy, Dustin Poirier expressed the wish to take some time off after such high profile fights. But he did not as the UFC booked the fight between him and the Brazilian champion. As the fight nears, Dustin is doing the media obligations. During an interview with BT Sport conducted by Michael Bisping, he was asked about his future.

Bisping asked how long he wants to fight. In response, Poirier cited the longevity of his career. Dustin made his debut in 2009 at the regional promotional event. He fought 4 times in 2009. Poirier repeated the same in 2010 as well. After making his debut in 2011 in the UFC, Poirier has maintained a regular fighting schedule. Hence, going forward, the Louisiana native wants to take on a lighter schedule.

“I see a lot of fighters try to get every last drop out of their career and leave a lot of themselves out there. I don’t wanna do that. I have been fighting (for a) long time. I had my first fight at 18 years old. I don’t think I’m going anywhere (but) I might fight less frequent. I just love fighting, that’s who I am. Win, lose or draw on Saturday night, I am not gonna be fighting 3 times a year going forward.”

Dustin Poirier Predicts the Outcome of the UFC 269 Main Event, “I’ll Knockout Him Out”