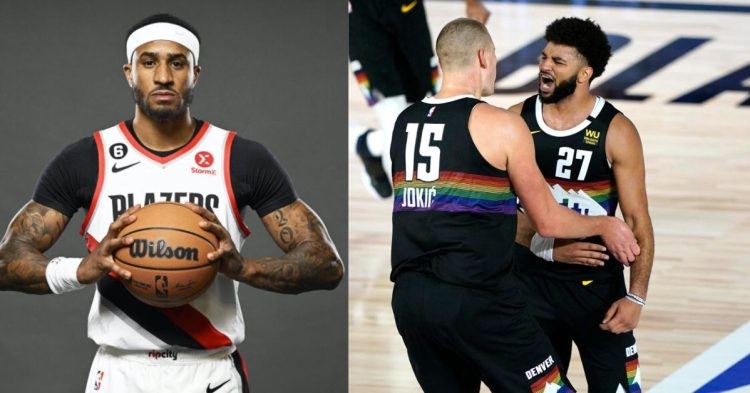 The Portland Trail Blazers will be taking on the Denver Nuggets tonight. Despite starting off very well, the Blazers currently sit in the 8th seed of the Western Conference. One could theorize that not having Damian Lillard for stretches and Gary Payton II this entire season has weakened Portland.

They will be facing Nikola Jokic, Jamal Murray, and the Nuggets. This is a team that has missed its co-star Murray for two seasons now and looks to show that they are contenders this season. Additionally, they have a better record than the Blazers with 14 wins and 10 losses, holding the 4th seed in the West.

As both these teams face off, one might want to know about the availability status of players on both sides. Moreover, an understanding of the expected rosters and matchups will also certainly help

Warriors fans will certainly remember what Payton is capable of. Known for his defensive tenacity and athleticism, he was nicknamed “Young Glove” during his time with the Golden State Warriors. He is yet to suit up for his first game as a Portland Trail Blazers player.

This is because he went through surgery this NBA offseason, addressing a core muscle injury. This clearly refers to some problem in his abdomen region, which requires addressing. He is yet to return to playing condition and is listed out against the Denver Nuggets.

Gary Payton II will miss the start of the regular season, the Trail Blazers just announced. He continues to recover from core muscle surgery and will be reevaluated in two weeks. #RipCity pic.twitter.com/cnifjzFPhp

With that being said, here are the injury reports and expected rosters for the Blazers-Nuggets game tonight.

Now, we know the injury reports and expected rosters. Finally, let us take a look at the expert picks and predictions for the winner of the Blazers-Nuggets game.

The Nuggets are favored over the Blazers in this match

There is no denying that Damian Lillard and the Blazers are a good team when healthy. However, they simply do not appear to have what it takes to keep up with real contenders in the conference.

That is exactly what Jokic and Murray have become this season. After all, the Joker recently signed a max extension and will be looking to prove he is unstoppable, with the right help and teammates. Therefore, the Nuggets will be favored to win this match.
Tags: Denver NuggetsGary Payton IINBAPortland Trail Blazers
Previous Post