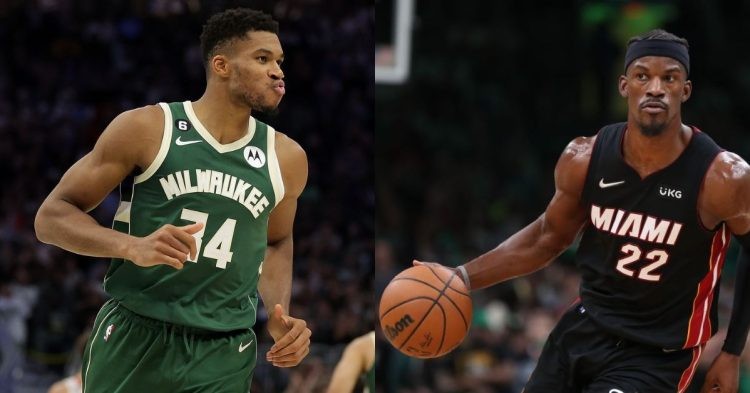 The Miami Heat will host the Milwaukee Bucks at the FTX Arena tonight in the NBA. The Bucks will be playing the Heat for a second day in a row and will look to change things. The Bucks lost their game against the Heat yesterday which has left them in 3rd in the Eastern Conference. The Heat, however, was able to cause an upset to the Bucks who were without Giannis Antetokounmpo.

It is a similar scenario when the Bucks hosted the Washington Wizards without Giannis and lost the game. In the next game, Giannis featured for the Bucks and completely changed the look of the game. Could we be expecting yet another Giannis spectacle against the Heat tonight? Let’s find out.

Going into tonight’s game, The Greek Freak is listed as day-to-day and is probable for tonight’s game. Giannis was left out of the game last night due to a knee problem but is most likely to play tonight. Giannis who is averaging 31.0 points and ranks 3rd in the scoring chart, is sure to bring on his dominance. The Bucks lit things up in their second consecutive game against the Wizards with Giannis dropping 55 points.


As for the Heat, they are a heavily injury-plagued team and are finding it difficult to get on a winning run. Their MVP Jimmy Butler has been able to keep the Heat’s hope alive with his performances, but will it be enough against a Bucks side that will feature Giannis? Let’s take a look at the complete injury report and expected roster of both teams.

We will be favoring the Bucks tonight, for the simple reason that Giannis will feature in tonight’s game. The Heat is having an injury-plagued season and doesn’t seem to be getting better. Jimmy Butler is the one carrying the team and is performing admirably. The Bucks did slouch in their last game against the Heat without Giannis, but tonight it could be different.


With the availability of few regular players for the Heat, it will be a tough task to stop Giannis from attacking the rim. We are expecting a worn-out Heat squad entering the game, so it will be exciting to watch how the Heat manages their game. For now, it will be the Bucks for the win tonight. Let us know who you think will win the Bucks-Heat game tonight.