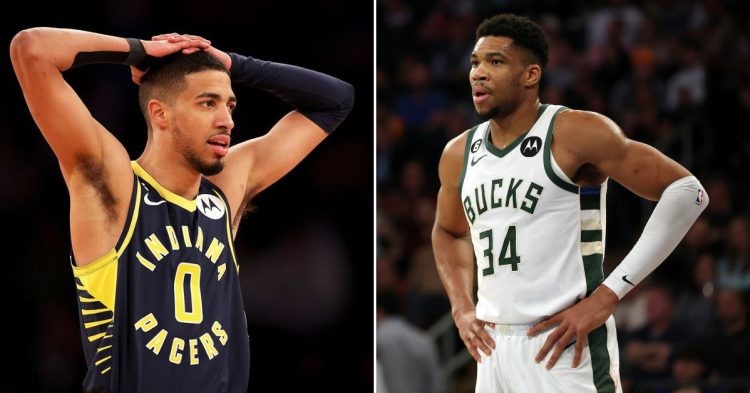 Giannis Antetokounmpo and the Milwaukee Bucks will play against the Indiana Pacers tonight. As expected, all eyes will be on the Bucks tonight, after two consecutive losses against the Miami Heat. They are still in 3rd seed with a 27-16 record, indicating their results from early on in the season come in handy right now. The Philadelphia 76ers are right on their tail, however. The Bucks will have to take a win tonight at all costs.

The Pacers are in 8th in the East, with a 23-21 record. Rick Carlisle’s men have lost their last three games after winning two in a row against the Portland Trail Blazers and Charlotte Hornets. The Pacers might be aiming to take advantage of the Bucks’ star-studded injury report for the game tonight.

Giannis missed the last two games against the Heat. His absence was one of the reasons the Bucks could not break down the three-time NBA champions. He was on the sidelines due to knee soreness, which seems to be an issue ahead of tonight’s game as well. However, reports indicate that he is probable to face the Pacers tonight, the news that all Bucks fans have been waiting for.

The Bucks have submitted their injury report for their MLK Day game against the Pacers.

Apart from Giannis, Jrue Holiday and Bobby Portis are also probable to face the Pacers tonight. They are facing an ankle sprain and right quadriceps contusion respectively. Khris Middleton, due to a knee injury, is out for the game today, as he continues to have his troubles with injuries this season. Along with them, Joe Ingles will also not be playing today with left knee injury management.

The Bucks are the favorites against the Pacers with Giannis’ return

The last game that the Bucks played with Giannis on the roster was against the Atlanta Hawks, they won the game 114-105. The 28-year-old could not contribute much in the scoring department but made up for it with 18 rebounds and 10 assists to his teammates. We can be sure there is a chance that it might not be the same case tonight. Giannis will be looking to get off to a good start right away after missing two games in a row.

As for the Pacers, they will miss two key players Tyrese Haliburton and Myles Turner. The former will be out for quite some time after spraining his left elbow. Turner has suffered a back injury and his return date is also indefinite. Tyrese and Benedict Mathurin started the 22-23 NBA season well with a good partnership when they brought in the right mix of passing and shooting from each other.

However, with Haliburton’s injury, the Pacers will lose their main man. Although shooting isn’t his forte, he has averaged 20.2 points this season. The Bucks will not find it difficult to exploit that and will be willing to take advantage of the fact that Tyrese will not be present to make defense-breaking passes. Apart from that, Jrue Holiday’s presence will also aid the Bucks in defense.