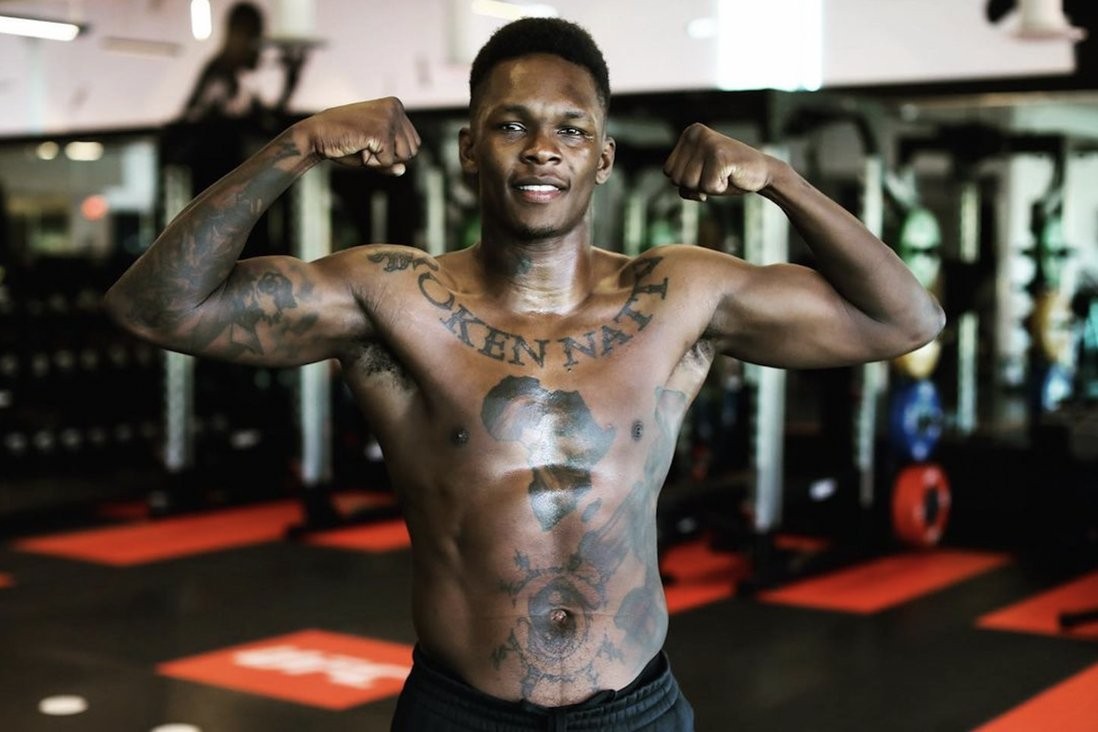 Israel Adesanya has made a feared reputation inside the Octagon. Over the course of his illustrious mixed martial arts career, Adesanya has cemented himself as arguably one of the most dominant middleweight champions in the history of the UFC.

Though ‘The Stylebender’ is enjoying a decorated MMA career so far there have been some questions surrounding his accomplishments. And one of them has been whether Adesanya has used performance-enhancing drugs(PEDs) in his fighting career.

Read More: Israel Adesanya – How Much “The Stylebender” Has Improved His Ground Game?

The controversy emerged when people noticed that Adesanya’s right pectoral muscle looked much different than his left. Needless to say, fans started speculating what could be the reason behind the swollen pectoral muscle on his chest. Additionally, Jon Jones pointing it out did not help Adesanya, who found himself under a lot of questions after the fight.

Israel Adesanya comments on the speculations about using steroids

The muscle appeared inflamed and saggy, leading to speculation of gynecomastia. People noticed the pec at UFC 253 where Adesanya faced Paulo Costa. The Stylebender dominated Costa and with a right swollen pec, it made for a great discussion among fight fans.

Read More: “You’re Not a F*****G Youtuber”- Dana White Has a Harsh Message for Paulo Costa Following His Demand for Big Fight Purse

“No, I haven’t (addressing steroids), I’m not one of those people who need a crutch that when it gets taken away you feel weak, you feel inadequate. You see with when (the U.S. Anti-Doping Agency) came through, you saw a lot of bodies change and a lot of people didn’t feel good enough without their magic supplements. But yeah – not me. Skills pay the bills.” Adesanya told UFC broadcast partner ESPN.

Adesanya’s head coach Eugene Bareman finds the accusations against his star pupil absolutely bogus. Denying the fact that the athlete has ever used PEDs.

Now, after having gone through a few medical tests, Adesanya opined he got gynecomastia due to smoking too much marijuana. Marijuana use is allowed by USADA and many athletic commissions outside of immediate competition.

“My pituitary gland was checked, hormone levels are fine, estrogen and testosterone. Yesterday we had an ultrasound and a mammogram. I had one for the first time, to be honest, it might have just been unhealthy living a little bit. Like smoking weed. That’s what the doctor from the UFC said. He said I need to stop, but I’m not stopping. I’m just going to slow down on the smoking weed.” Adesanya told ESPN.

Read More: “I F****g Hate You”- Heated Altercation Between Israel Adesanya and Marvin Vettori During an Interview For UFC 263

Adesanya was aware of his medical condition, it had been weeks since Adesanya’s right pectoral started swelling, increasing in size, and was sore, his girlfriend advised him to see a doctor, but he opted to fight Costa before seeking medical attention.

Many of Adesanya’s fans, and critics think that the 6’4″ athlete used PEDs, but there is surely no way of proof to find out whether these speculations are true or not. Additionally, the caliver of a fighter Israel Adesanya, with a famed career in kickboxing and an incredible career in mixed martial arts, it looks unlikely that the Stylebender would go that step.

Needless to say, Adesanya risks losing his legacy, and his comments on Jon Jones suggest that he doesn’t want to go the same way, and eventually allegedly tarnish his legacy just like the former light-heavyweight champion.

Adesanya challenges his critics to prove he is on steroids

Israel Adesanya is a fighter’s fighter and has time and again proved his dominance inside the cage. Ahead of his title fight against Jared Cannonier at UFC 276, Adesanya challenged anyone who could prove he was taking steroids.

“I will offer $3 million to anyone who could ever have concrete evidence that I even know what the f*ck I’m doing with steroids, or how to take steroids.”

It goes without saying, as it stands, only USADA can prove whether or not Israel Adesanya is using steroids, and for now, he is clean, having passed 50 USADA tests.