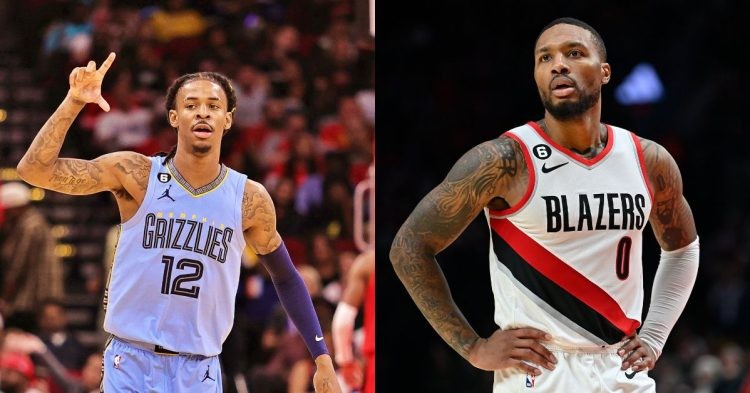 Ja Morant and the Memphis Grizzlies are on their way to Portland to face off against the Trail Blazers. Morant has been amazing for Memphis so far averaging around 33.3 points per game. during this stretch of amazing performances from Ja, the Grizzlies have won 4 games and lost 3.

The Blazers on the other hand is having an amazing season backed by some stellar performances from Damian Lillard. They currently have the second-best record in the West with 5 wins and only 1 loss.

Ja has already solidified himself as a superstar and will only look to take it further in their matchup against the Blazers.

Memphis won’t be able to face the blazers at full strength this time around since some amazing players like Jaren Jackson Jr., Danny Green, and Ziaire Williams are all out with injuries.

With the loss of such talent, the Grizzlies might have a tough time against the Blazers who are currently on a roll.

Can the Memphis Grizzlies stop the Blazers’ hype train?

Now that we have received confirmation that the Blazers will be playing without Damian Lillard it shouldn’t come as a surprise if the Grizzlies are able to steal the game away from them. It will be exciting to see what type of game plan Portland will take the court with.