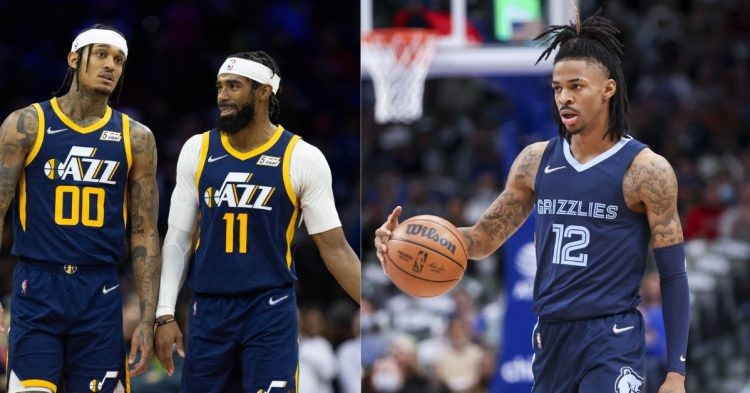 Ja Morant’s Memphis Grizzlies will be taking on the Utah Jazz tonight. The Grizzlies have started off the NBA season quite well and hold a record of 25 wins and 13 losses, giving them the 3rd seed in the West. On the other hand, the Jazz is struggling and has a record of 20 wins and 22 losses.

As both these teams face off tonight, NBA fans must be curious about the injury status and availability of Morant as well as the other players from both sides. Let us take a look at it, along with the expected rosters for this game and the expert picks and predictions.

The Grizzlies star has been quite impactful for his team this season. Morant is averaging 27.2 points, 5.9 rebounds, and 8 assists. His electric playstyle and explosive athleticism have helped the Grizzlies become potential contenders in their conference.

Unfortunately, he is listed as questionable in this game against the Utah Jazz. According to the injury report, he is suffering from right thigh soreness. While there are still chances that he plays in this game, the Grizzlies will be preparing to face the Jazz without their best player.


With that being said, here are the complete injury reports and expected rosters for both the Memphis Grizzlies and Utah Jazz.

As we can tell, the Grizzlies are missing several key players like Steven Adams and Danny Green, not just Ja Morant. On the other hand, the Jazz is missing only one starter, Colin Sexton. Finally, let us look at the expert predicitions for this match tonight.

The Grizzlies are slightly favored over the Jazz

This is still expected to be quite a close matchup. However, there is no denying that Memphis appears to be a better team when compared to Utah this season. They are currently on a 5-game win streak and will still be the favorites in this matchup. Even without Ja Morant and a few other players.


Utah started the season off quite well. However, a few bad games and they are now the 10th seed in the Western Conference. Just one win ahead of the Minnesota Timberwolves and Los Angeles Lakers. They will be the underdogs in this matchup against Memphis. Nonetheless, they will still try to get a win against the weakened Grizzlies.