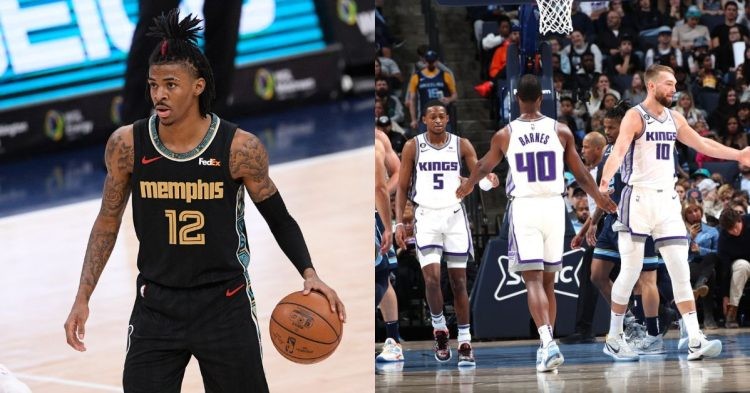 The Memphis Grizzlies continue their 5-game road trip as they visit Sacramento next to take on the Kings at the Golden 1 Center. This will be the final of four annual matchups between these two teams. The Kings will enter this one with a 26-19 record, having won 4 of their last 5 games.

The Grizzlies, meanwhile, continue to do well as a team this season. They currently hold the 2nd spot in the Western Conference with a 31-15 record. Their last game was a loss against the Phoenix Suns last night, with a final score of 110-112. Suns point guard Chris Paul returned from injury and scored 22 points to go with 11 assists as the Suns handed the Grizzlies their second loss in a row.

On the other hand, the Kings have been a revelation so far this season. They currently sit at the 3rd spot in the West, just below the Grizzlies, with a 26-19 record. Their 4-game winning streak was broken recently as they lost a close one to the Philadelphia 76ers, with the final score being 127-129. However, the addition of forward Domantas Sabonis has turned out to be very beneficial for the Kings.

Ja Morant has been playing at a high level this season. Having played in 39 games this season so far, he is averaging an impressive 27, 8, and 5. He has been a regular occurrence in highlight reels this season with his acrobatic finishes at the rim. He is listed as available for tonight’s game.

Veteran guard Danny Green, who hasn’t played a single game for the Grizzlies this season after going down with an ACL tear during last year’s playoffs, remains out for tonight’s game as well.

For the Kings, forward Chimezie Metu (knee) is listed as questionable for tonight’s game against the Grizzlies. Here are the injury reports and expected roster for the Grizzlies-Kings game tonight:

The Memphis Grizzlies are favored to win against the Sacramento Kings

The last time these two teams faced off against each other was at the start of the new year with the Grizzlies securing a 118-108 win. Morant scored a game-high 35 points in that game. For the Kings, guard De’Aaron Fox was the highest scorer with 19 points. That win put the Grizzlies up 2-1 in the 4-game season series against the Kings. Tonight, that result is likely to repeat.

With Morant being in top form and the Kings riding high on their win streak, this promises to be an exciting matchup, regardless of the outcome. However, expect the Grizzlies to take home the win and the season series.