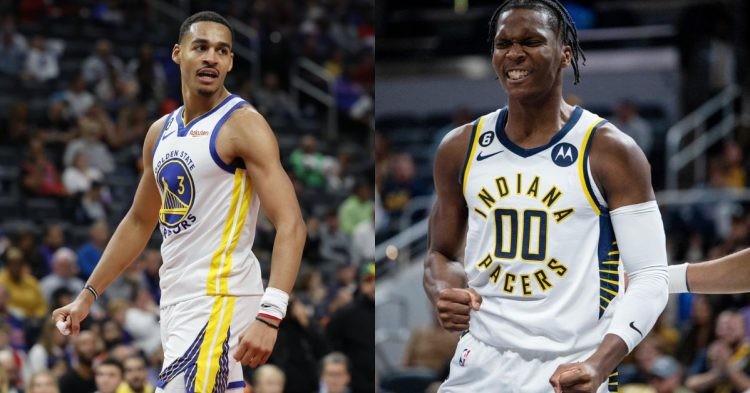 The Golden State Warriors won the NBA championship last year in stunning fashion. Their offense proved to be too much for the Boston Celtics to handle in the NBA Finals. Stephen Curry was undoubtedly the star of the show during the entire finals series. And he bagged a well-deserved Finals MVP award as well. He led the Warriors to their 7th championship and his 4th with them.

The 2022-23 NBA season hasn’t been looking good for the Warriors. Out of 24 games played, the Warriors have won just 13 of them. One might argue that it is still early on in the season, but momentum is extremely vital for the defending champs as well. They have not been looking like the team that has just come off winning a ring. However, if there’s one thing that we know about the Warriors, it’s that they surely know how to bounce back.

Steph has been looking like his usual self, and he is one of the contenders for the 2022-23 NBA MVP award as well. We can expect him to be key for the game against the Indiana Pacers tonight, as well as a few other players. GSW have not had good luck when it comes to injuries to their players, and that might be the case tonight as well.

According to reports, both Jordan Poole and Andrew Wiggins are questionable for the game against the Pacers tonight. Poole is currently dealing with soreness in his left ankle, and Wiggins is experiencing tightness in his right adductor.

In addition to these two players, Andre Iguodala is also out for the game. Iggy has been on the long road to recovery after injuring his hip. Steve Kerr has revealed that a return to the NBA in the second half of the season is looking likely for the former Finals MVP winner.

The Indiana Pacers have to go into the game with injuries to some of their players as well. Their star man, Tyrese Haliburton has suffered a groin injury that rules him out against the Warriors tonight. He missed the last game against the Portland Trail Blazers as well. Together with Tyrese, Chris Duarte and Daniel Theis will also be missing the game tonight.

Can the Warriors keep up their form against the Pacers tonight?

The Warriors had quite a rocky start to the season. Despite that, they have done well in recent games against defensively solid teams as well. The Warriors are looking like the favorites for tonight’s game as well. That’s considering the form they have been on recently despite losing against the Dallas Mavericks a few days ago. That has been the only game they lost in their last 5.

The Pacers would have to figure out a way to keep “The Chef” quiet, he does become hot on the court after a while. The Warriors might miss Wiggins’ versatility tonight, as he is dealing with an injury. For those who don’t know how good he was for the Warriors last season, former GSW star Kevin Durant even let the world in on it. Although they might miss Poole’s shooting as well, it looks like Klay has been stepping up for the team recently.

The Pacers might find it hard to break down the Warriors without Tyrese’s passing, but the Warriors have struggled to fill up the holes, the lack of aggressiveness for example, as Steph claimed a while ago. However, if they can do their thing, as usual, the Warriors can walk away with a win, considering they have the better team on paper right now.