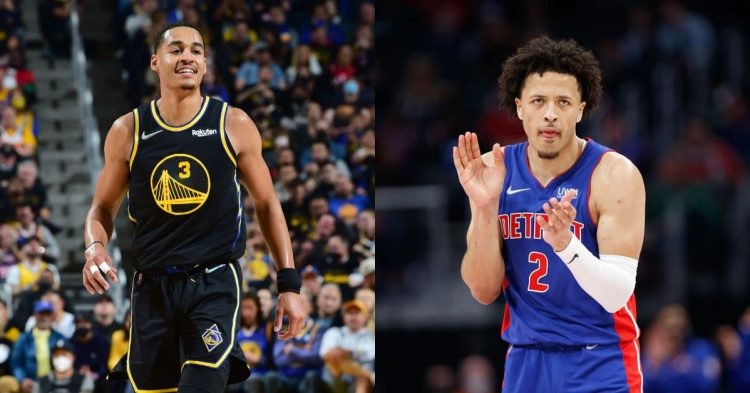 The Golden State Warriors are currently having a rollercoaster of a season. In the 2022-23 NBA season, they won 3 out of the 6 games played. Their most recent loss came against the Charlotte Hornets last night. It was a game where everyone except the Hornets fan expected the NBA champions to come out on top. Tonight, they will be facing the Detroit Pistons, who have only won one game so far this season.

The Hornets shocked the NBA world by beating the Warriors 120-113 last night. Once again, the 7x NBA champions began the game slowly. They made a sensational comeback in the third and fourth quarters through Stephen Curry and Jordan Poole. However, it all went to waste in OT. In addition to that, the Warriors also faced another problem when Poole faced another injury to add to the Warriors’ worries.

Poole is currently listed as doubtful and day-to-day after last night’s game. According to reports, he is facing a minor right ankle injury after twisting it. However, he claimed that he was “Straight”. it is still surprising that he was able to put up 24 points on the board despite experiencing discomfort and coming off the bench.

Jordan Poole said he’s “straight” after a right ankle twist late in overtime tonight in Charlotte. He feels like he can play tomorrow in Detroit, but that’s a decision expected from training staff tomorrow.

On the other hand, the Detroit Pistons have also been facing injury issues. Both Alec Burks and Marvin Bagley III are out for the game against the Warriors. They face foot and knee injuries respectively.

Will the Warriors bounce back against the Pistons after the disappointing loss against the Hornets?

Going into the game against the Hornets, the Warriors were the clear favorites. However, things took a drastic turn during the game when the Stephen Curry-led franchise made their defensive loopholes clear. Speaking of The Chef, he was on fire once again last night and made 31 points. We can surely expect him to continue that form against the Pistons tonight.

However, the Warriors need someone else to step up. Klay Thompson has not been able to get back to his former self and it seems like Cade Cunningham might be a problem for the Warriors tonight. The Warriors will always look like the favorites when they have the all-time 3-point leader on their roster but they would have to be careful of relying only on Draymond Green in defense.
Tags: Detroit PistonsGolden State WarriorsKlay Thompson
Previous Post