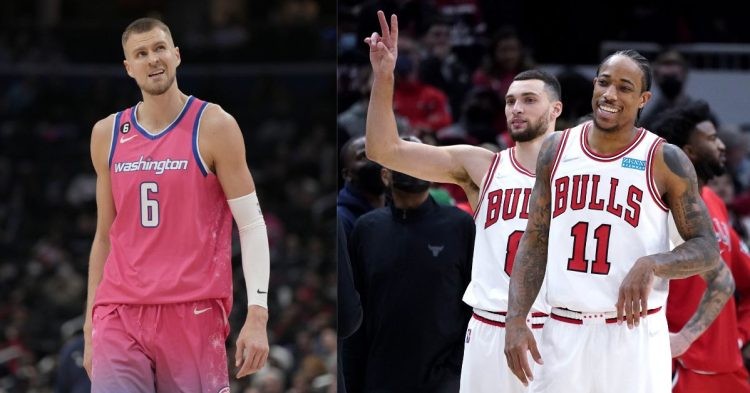 Kristaps Porzingis and the Washington Wizards will be taking on the Chicago Bulls tonight. Both these teams are currently in the lower half of the Eastern Conference and are fighting for a spot in the NBA postseason. The Bulls have a record of 19 wins and 22 losses. On the other hand, the Wizards hold a record of 17 wins and 24 losses.

We are just halfway into the NBA season and both these teams could still turn things around and try to make it into the NBA playoffs. As they face off tonight, let us take a look at the injury reports and expected rosters for players on both sides. An expert prediction for this game will also be useful to fans.

As some of us already know, Porzingis was traded to the Washington Wizards by the Dallas Mavericks in return for Spencer Dinwiddie and other assets. This deal was also supposed to help the Wizards who had an opening for a talented center on their team.


Therefore, we assumed that Kristaps would fit in well with Kuzma and Beal. However, their team is yet to hit a stride and go on a winning streak. Porzingis is listed as questionable for the game against the Bulls due to having sore ribs and might not play. That said, here are the complete injury reports and expected rosters for this match.

As we can tell, both DeMar DeRozan and Kristaps Porzingis are listed on the injury report for the game tonight. However, neither of their playing status’ has been ruled out completely. They might just end up playing for their teams. Now, let us look at the expert predictions for this game tonight.

The Bulls are slightly favored over the Wizards tonight

This is quite a difficult prediction to make. After all, both teams are struggling to rack up wins and attempt to advance into the NBA postseason. However, we are siding with DeMar DeRozan, Zach Lavine, and the Chicago Bulls over the Washington Wizards tonight.


That is simply because they are considered to be more experienced and on a slightly higher tier compared to Kristaps Porzingis, who is missing Bradley Beal for this match. Considering that Beal is the best scorer on the Wizards, they will certainly be at a disadvantage without him. Therefore, we think the Bulls have a slightly better chance of winning this game.