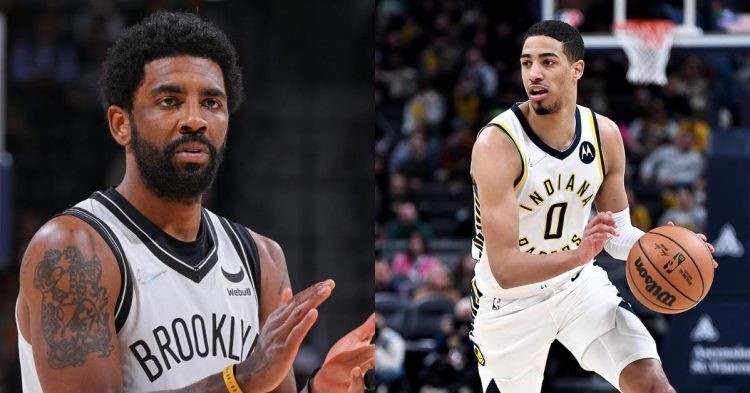 The Brooklyn Nets are hosting the Indiana Pacers tonight on the 29th of October at the Barclays Center. It is hard to determine which side is the favorite to win, given the similar record they have right now. The Nets have not had a good start to the 2022-23 NBA season, winning just 1 out of their 5 games. Despite having an extremely talented big 3 in Kyrie Irving, Kevin Durant, and Ben Simmons, the Nets have been disappointing so far.

On the other hand, the Pacers have had a similar start to the season as well. They have won 2 out of their 6 games so far. The Pacers sit just sit above their opponents for tonight at 12th place in the Eastern Conference standings. Both franchises have been facing injury issues with some of their players lately.

According to various reports, the NBA champion Stephen Curry’s beloved brother Seth Curry is still listed as doubtful for tonight’s game. He has been facing issues with his ankle lately. Together with him, T.J. Warren is also out for the game against the Pacers. A while ago, the Nets organization publicly mentioned that they will be re-evaluating Warren next month.

We can expect the big three to start for the Nets once again, and they will be looking to help the franchise get back to its winning ways.

On the opposite side, the Indiana Pacers have been facing problems with injuries to their players as well. Daniel Theis is out for them with a knee injury and his return date is still unknown. However, the good news for the Pacers organization is that their head coach Rick Carlisle will be back at the game. He missed the previous game against the Washington Wizards.

Can Kyrie Irving, Kevin Durant, and Ben Simmons help the Nets win against the Pacers tonight?

This will be one of the rare occasions that the Nets may not go into a game as the favorites. Their defensive struggles have been the main reason for their losses. Both Kyrie Irving and Kevin Durant will be playing against the Pacers tonight. Both the players are in scintillating form right now. They made 39 and 37 points against the Dallas Mavericks respectively but failed to get the win.

The Pacers will aim to exploit all the defensive loopholes the Nets have right now. Moreover, they are the team with the better chemistry at the moment. It will be intriguing for fans from both sides to see who comes out on top.