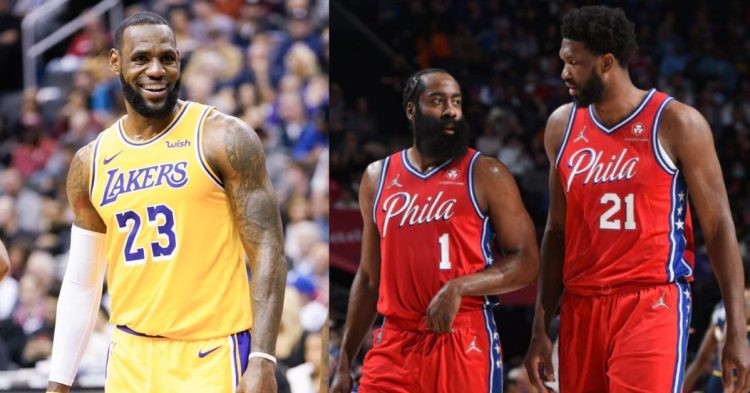 The Los Angeles Lakers will be taking on the Philadelphia 76ers tonight. Lakers fans must certainly be aware that LeBron James, Anthony Davis, Russell Westbrook, and the team were playing somewhat better. However, they lost their last 2 games in a row and now currently hold a record of 10 wins and 14 losses.

They will now be facing Joel Embiid, James Harden, and the Philadelphia 76ers. This is a team that holds a better record at the moment with 12 wins and 12 losses. Be that as it may, they too are struggling and currently on a three-game losing streak.

As both these teams face off looking to add a win to their record tonight, we should take a look at the injury reports for both the Lakers and 76ers. Additionally, analyzing the context and understanding the expert picks and predictions is also useful.

The Lakers are coming off back-to-back losses to the Cleveland Cavaliers and Toronto Raptors. Fans might be aware that Davis came out of the game against Cleveland due to potentially contracting COVID. The Lakers ended up losing that game to Donovan Mitchell and the Cavs.

Moreover, they were unable to grab a win against the Toronto Raptors. To many people’s surprise, both LeBron James nor Anthony Davis did not play in that game.

We shouldn’t be judging the King at all. After all, he is in Year 20 and cannot be the durable athlete we remember him to be. Therefore, the rest of his squad might have to pull up if he misses this game as well. Here are the injury reports and expected rosters for both sides.

Both LeBron James and Anthony Davis are listed as probable for the game against Philadelphia. However, both of them might just need their rest and miss this game. If that happens it will fall on the others to make this a good match. Let us look at the expert picks and predictions for this game.

The 76ers will be slightly favored over the Lakers

It is quite difficult to pick the Lakers to win this matchup. Especially, if Anthony Davis does not play in the game. After all, there is no one else on the team who has the potential to keep up with and contain Joel Embiid.

Moreover, James Harden is coming off an injury and just played in the last game against his former team the Houston Rockets. He lost that game despite the 76ers being the clear-cut favorites. Therefore, they will be playing hungry for a win against the Lakers. This will be a great match for fans to enjoy.
Tags: LeBron JamesLos Angeles LakersNBAPhiladelphia 76ers
Previous Post