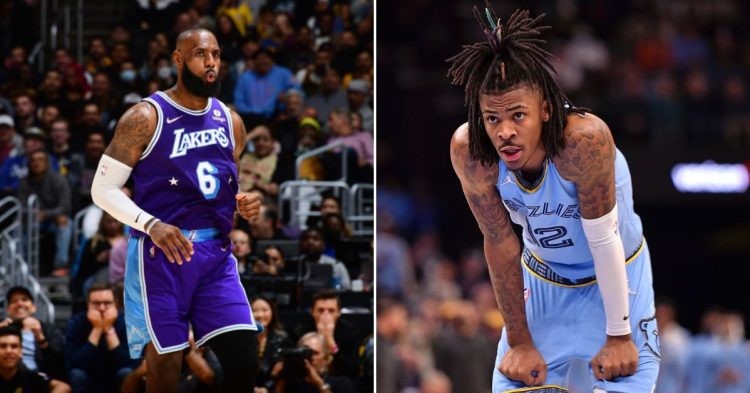 The Los Angeles Lakers will be hosting the Memphis Grizzlies tonight. NBA fans have been waiting for the young Grizzlies roster to go up against one of the most experienced teams in the league. With the likes of LeBron James and Russell Westbrook, the Lakers are not lacking one bit in that department. They lost the last game as the Sacramento Kings just sneaked past with a 111-116 win.

The Grizzlies have been enjoying their basketball in recent times. They are on an 11-game winning streak including wins against the Phoenix Suns and Cleveland Cavaliers. It looks like they might be the favorites for the game tonight. However, King James has been in exceptional form since Anthony Davis‘ injury, but will he play tonight?

The Lakers superstar has been performing well in AD’s absence, but there are concerns among Lakers fans that he might burn out. This is not surprising considering the number of points he puts on the board game in and game out. James suffered an ankle injury a while ago and was on the sidelines for a few games. Although reports mentioned that he made a recovery, he has been on the injury report with left ankle soreness listed as the reason.

Lakers injury report before tomorrows game against the Grizzlies pic.twitter.com/C5S2RK2YBp

Along with LeBron, Anthony Davis is also on the injury report. His return date remains a huge question mark as he continues to be on the road to recovery. Some sources claim that he will be back in action for the Lakers in February.

Can the Lakers end the Grizzlies’ 11-game winning streak?

Before the game against the Kings, LeBron was listed as questionable. But he played for 36 minutes on the night and even made 32 points, 8 rebounds, and 9 assists. Hence, there is a strong possibility that LeBron might feature for the Lakers tonight as well. There is a strong possibility that he has a good game once again, but the Grizzlies might be the favorites to win tonight.

The last time these two sides faced was in January 2022, Ja Morant and Co. won the game 127-119. Ja and Jaren Jackson Jr. were the standout performers on that night. This time around, we can expect the same, mainly because of how the Grizzlies have been performing. The Lakers have found it hard to break down teams and close their plays. The Grizzlies will be aware of this and will be aiming to exploit the Lakers’ defensive loopholes.