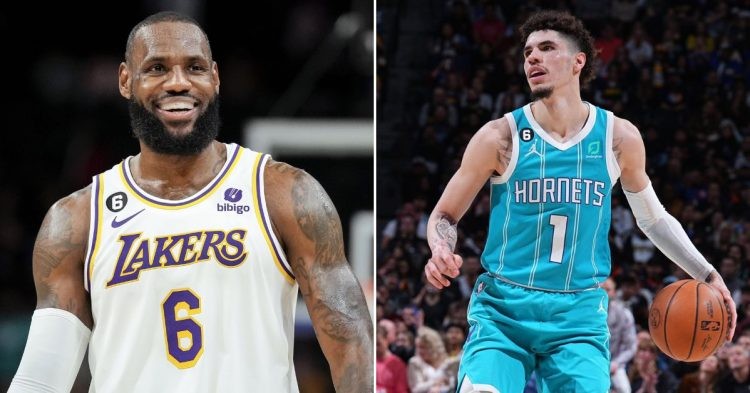 The Los Angeles Lakers are traveling to the Spectrum Center tonight to play against Michael Jordan’s Charlotte Hornets. The Lakers are coming off a win against the Atlanta Hawks and look to continue their form. At the same time, the Lakers will be aiming to get some good momentum going this year, especially after the rollercoaster of a season they have had until now.

On the other hand, the Charlotte Hornets lost their previous game against the Brooklyn Nets after a sensational performance from the likes of Kevin Durant and Kyrie Irving. The Hornets are focusing on turning the ship around but are faced with difficulties due to injuries to some of their key players. Let’s take a look at the injury report and expected rosters for both the Lakers and the Hornets tonight.

It is no secret that LeBron James has struggled with injuries in the 2022-23 NBA season. He has missed several games due to a right adductor injury and soreness in his left ankle. With that said, it looks like that might be the case for tonight’s game as well.

Anthony Davis remains OUT for the Lakers, Lonnie Walker IV is QUESTIONABLE with a tailbone contusion and LeBron James is PROBABLE for tomorrow night’s game against the Hornets.

Can the Lakers get off to a good start to the year with a win against the Hornets?

The Lakers have not been able to gain momentum so far this season. It looks like the struggles from last season have continued this year as well. The Lakers have managed to win only 4 out of the last 10 games. Speaking of recent form, the Hornets have a similar record, with just 3 wins. It would be interesting which team takes the win tonight.

LeBron will be a key figure for the 17-time NBA champs tonight. He comes off a 47-point game against the Hawks on December 30, which was the best birthday gift he could have asked for. Since he’s most likely to play tonight, the Lakers appear as the favorites. Although the Hornets sneaked past the Lakers at the Crypto.com Arena the last time they played, it looks like that may not be the case again tonight.

The Hornets had the services of Kelly Oubre Jr, who contributed 19 points. Tonight, they will have their strongest starting five but may fall to the Lakers. If the Hornets managed to edge a win, we can be sure that it will be an extremely close call.