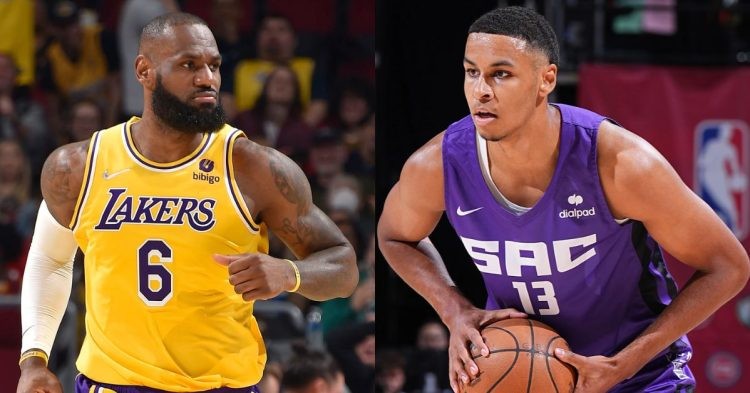 The 2022-23 NBA season is underway and the Los Angeles Lakers have had a rollercoaster of a season so far. As we all know, the LeBron James-led side has been struggling to find form consistently. The Lakers have won just 2 of their 11 games so far this season. Considering the 17-time NBA champions’ standards, the record they hold right now is quite disappointing.

On the other hand, the team they will be facing tonight is the Sacramento Kings. The Kings have been on a decent ride so far, winning 4 of their 10 games. One of their best performances this season came against the defending champs Golden State Warriors when they almost pulled it back. The Warriors took the win by just 3 points that night.

The game will be an exciting one for the fans from both sides, let’s take a look at the injury reports and expected rosters from both teams for tonight.

The Lakers fans will be gutted to know that LeBron James will sit out the game against the Kings tonight. According to reports, Lakers head coach Darvin Ham mentioned that LeBron will be out. The main reason for his absence will be a “strained left adductor.”

For context, adductors are part of the muscles that make up the inner thigh area. It seems like LeBron picked up the injury last game. Together with LeBron, Anthony Davis might also be out. However, there is a huge chance that he has recovered from his back injury in time.

It is quite interesting that the Sacramento Kings have no injuries reported. The team will have its entire roster at full strength, including the likes of Harrison Barnes and superstar rookie Keegan Murray.

The Sacramento Kings have no injuries to report for Friday’s game against the Los Angeles Lakers. https://t.co/oMTLOBIxgh

Can the Lakers get past the Kings without LeBron James?

The last time the Lakers and Kings faced during the regular NBA season, the latter took the win. The game ended 125-116 for the Kings that night. However, the Lakers managed to overcome the Sacramento-based franchise 122-114 the game before that.

Usually, we would expect the Lakers to take the win with the help of their star-studded lineup. However, that may not be the case this season. The Lakers have struggled to find the chemistry between their best players, including Russell Westbrook, Anthony Davis, and Patrick Beverley.

These three players will have to be at their best for them to win tonight. However, if Keegan Murray and Harrison Barnes have a good game together with the other Kings players, the Sacramento team might be the one to take the win.