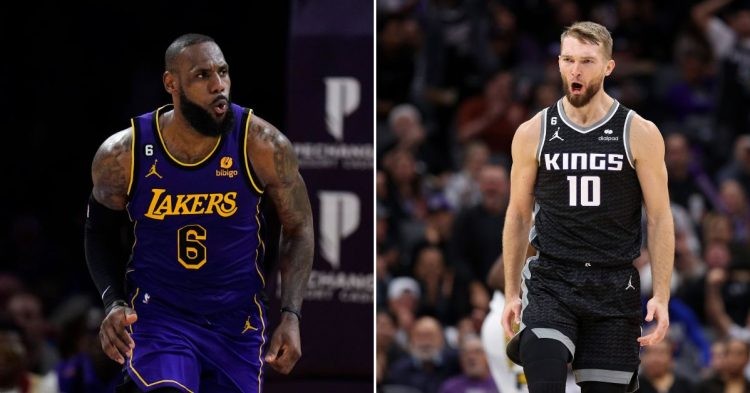 The Sacramento Kings will be traveling to California to play against the Los Angeles Lakers tonight. The hosts won their last game 140-132 against the Houston Rockets. Their record in the last ten games is 6-10. The Kings, however, have a better record, with 7-10. Not only that, they are on a winning streak of four games as well.

It is no secret that the Lakers have been struggling with injuries to some of their key players. Anthony Davis is out on the sidelines without a return date. This will have a huge effect on who will emerge as the winner tonight. With that said, let’s take a look at the injury reports and expected rosters for tonight.

LeBron James‘ ankle has been an issue for him this season. Left ankle soreness and the right adductor injury were King James’ biggest obstacles this year. He has been performing exceptionally for the 17-time NBA champs, averaging 29.7 points, 8.4 rebounds, and 7.0 assists in 34 games. A point to note is that he has missed ten games due to problems with injuries. It looks like that might be the case tonight as well.

Kings injury report tomorrow is clean outside of Keon Ellis and Neemias Queta being on G League assignment. LeBron James is questionable for Lakers. AD, Austin Reeves and Lonnie Walker are out. pic.twitter.com/w4EHlQ7ogL

Can the Lakers take the win against the in-form Kings without LeBron James?

The last time the Lakers faced the Kings, the LA-based franchise took a narrow 136-134 win. LeBron and Dennis Schroder were the stars of that night, with 27 and 37 points scored respectively. We can predict the Kings to be the favorites tonight, despite LeBron’s form and Schroder’s reemergence.

De’Aaron Fox and Domantas Sabonis have not been messing about for the Kings lately. The latter has been averaging 18.9 points per game this season, along with 12.6 rebounds as well. However, the Lakers’ recent form might indicate that they could pull off the win, but LeBron’s presence is extremely vital for the Lakers. Since AD isn’t available at least until February, the Lakers would have to depend solely on the 4x NBA champ.